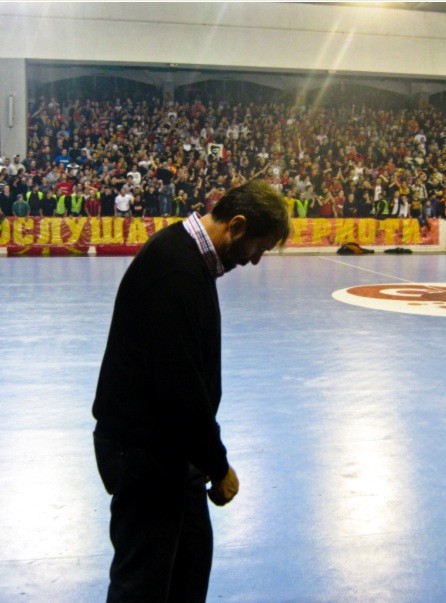 The second-legs were played yesterday in the EHF Cup and definitely the one that brought most attention was the one in Skopje, where Vardar tried to annulate the three-goals lead by Magdeburg, which won in Germany 30:27. In a very hot atmosphere, in which Vardar’s fans never ceased supporting their club, the hosts had huge chance in the final minutes of the game to seal their progress to the group phase, but failed. Having three goals 28:25, the hosts were also given an attack with two minutes to go. Eijlers saves Vardar’s shot, and SCM score on counter-attack. Vardar with the last attack, and if they were to score they’d go through, however with very inefficient shot with 10 minutes to go, Vardar wasted their best chance to see European Handball in spring. 28:26 win for the hosts was not enough.

* denotes the team that qualified