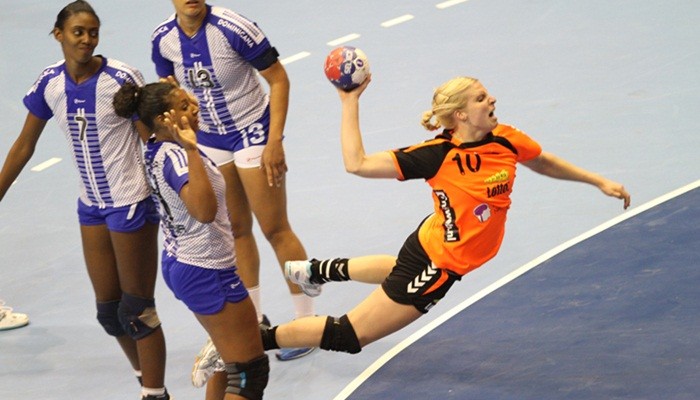 After Day 1 of the Women’s EHF EURO 2014 Main Round Round 1, Dutch and Swedish girls are on the TOP. In the first match on Sunday, Montenegro kept their dreams about the final weekend in Budapest alive with comfortable win over Germany 27:20 (12:10). Despite the fact that Dragan Adzic using only four players in back-line rotation, Milena Knezevic and her team-mates managed to stay fresh and strong until the finish and broke resistance of the rivals. STATISTICS

Derby match between Sweden and France, two teams who came as the Preliminary Group winners to Zagreb, ended with a victory of Scandinavians – 29:26 (12:14). Swedish girls turned the match during the middle of the second half, with strong defensive play, saves by Idehn and goals of right wing Hagman (7). French right back Alexandra Lacabrere proved her fantastic form on this tournament with 10 goals, but that wasn’t enough for “Les Blues” to come closer to the semi-final spot. STATISTICS

The Netherlands showed once again that good matches in Varaždin wasn’t only lucky start for “Oranje”.  In the easiest task for them, Dutch team celebrated routine victory against Slovakia 30:20 (17:10), who stayed impressed with historical success – first ever win at EHF EURO events and placement at Main Round. STATISTICS