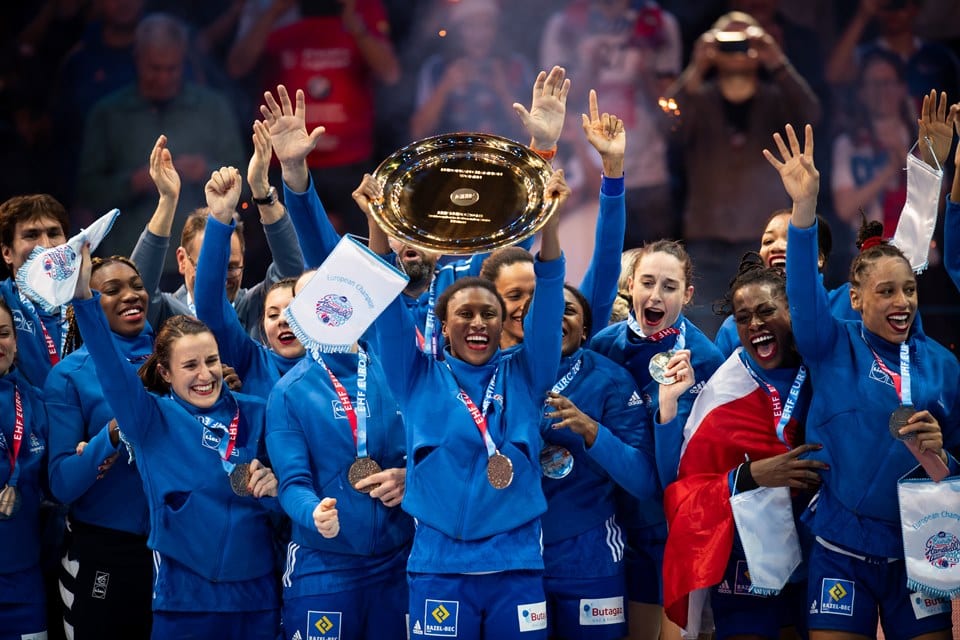 The French girls added European title to their winning collection for the first time in the history! France beat Russia 24:21 (13:12) to extend fanastic run began with world’s gold at WCh 2017 in Germany.

Team of Olivier Krumbholz kept advantage during 60 minutes despite Alisson Pineau was sent off after 7-meter throw, when ball hit Russian goalkeeper Sedoykina in the head.

Alexandra Lacrabere was TOP scorer with six goals for the winners, while Anna Vyakhireva scored seven for the Olympic champions from Rio.