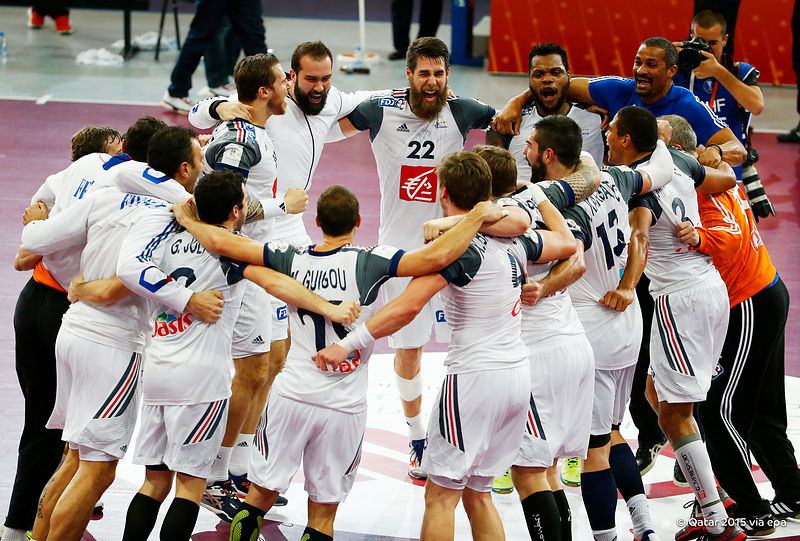 All the fans who have seen the match between France and Qatar 35:20 (16:13) have no doubt about the name of the handball world’s best national team. With this level of performance, the French best side is almost unbeatable, no matter who is on the other side of the court. And this was a replay of the World Championship 2015 Final.

The second half of the guys led by Claude Onesta (or Didier Dinart) was the most cruel handball lecture until now at Olympic Games 2016 in Rio. Powerful defense, perfect counter-attack (9:0 for France in this segment), routine attacks, many players in TOP form, solid Omeyer.

Qatar ended Croatian hopes in 33 minutes of the first match at Future Arena, as French team did it with best Asian squad in 37 minutes, when Karabatic and Sorhaindo put their team on +7 – 22:15. The Qatari resistance was strong in the first half, but without goalkeepers’ help from Saric and Stojanovic, and bombs of Markovic and Capote, in the second half, Rivera’s team collapsed.

A real power of the „Experts“ could be seen in the second 30 minutes.

Luc Abalo netted seven goals, Karabatić and Grebille added five each with 12 saves of Omeyer. On the other side, Bagaric, Capote and Markovic scored four each.