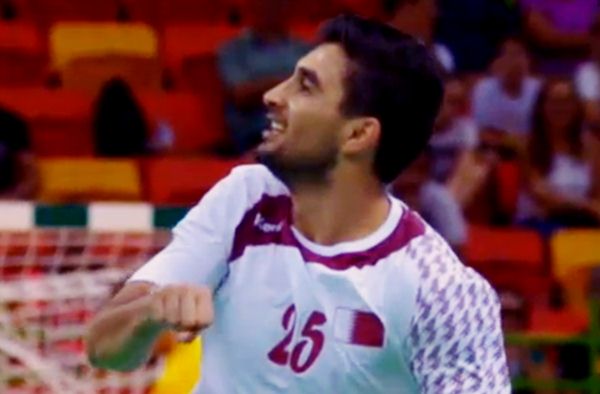 The second best team of the last World Championship 2015 in Doha, Qatar, showed how big their ambitions are in Rio at the very beginning. In the first match of the Olympic tournament, team of Valero Rivera destroyed the third best European team from the last EURO 2016 in Poland – Croatia 30:23 (15:8).

That was a “cat and mouse game” in which Qatari goalkeeper Danijel Šarić became a nightmare for the Croatian line-up from the first second. With four 7-meter shots saved in the first half, but also few easy chances of Balkan team, the Bosnian goalie pushed his team towards victory.

Qatar led 8:4 after 20 minutes. Strong defense with Šarić between the posts and backline with Malash, Markovic and Capote in the good mood, where much better than Domagoj Duvnjak and his team-mates.

The crucial series was made between 26th and 33th minute, when Qatar went from 11:8 to 18:8. Practically, Croatian NT coach Zeljko Babic had nothing to say to his players after only three minutes of the second half on time-out. The match was over in that moment.

Until the end, superb Qatari defense became a little bit weaker with Stojanovic who replaced Saric between the posts, but nothing has changed, except Croats made some step forward until 20:14.

The Qatari right back Zarko Markovic netted 10 goals for the winners, while Manuel Štrlek led Croatia with five.