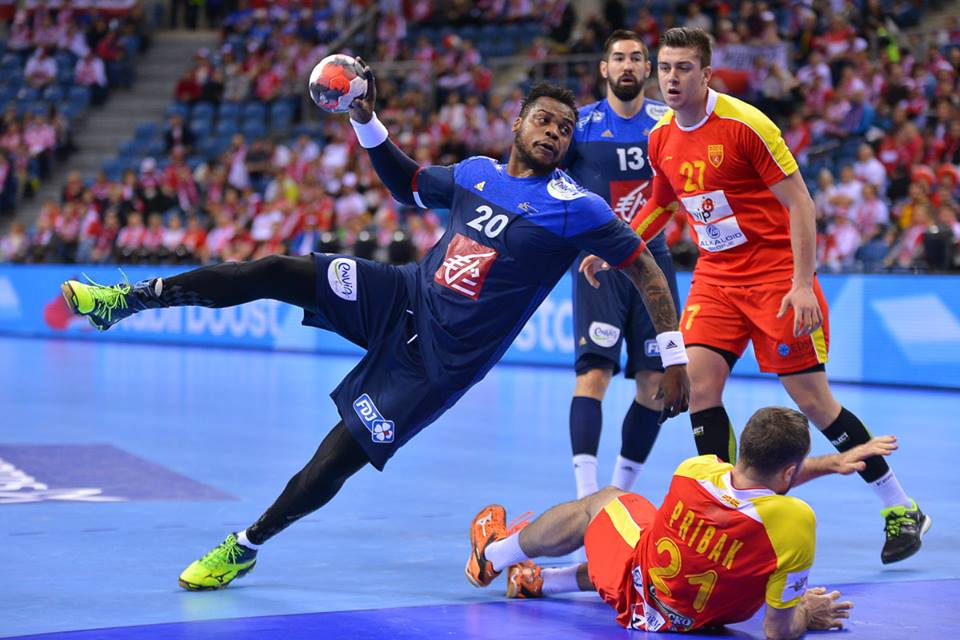 France won the first points against Macedonia 30:23 (12:12) at the Men’s EHF EURO 2016 in Poland in „French style“. The first match at „Tauron Arena“ in Krakow had the same finish like in many matches of the Olympic champions. Macedonians led by Kiril Lazarov were in the game until 52th minute, when results was 22:22, but strong defense of the Claude Onesta team stopped all atempts of the Balkan guys in the last eight minutes for the secure victory at the end.

Cedric Sorhaindo netted six goals for the winning team, Valentin Porte added five, while Kiril Lazarov was on his level with nine goals in total for Macedonians.