Gallego message to Moustafa: You treat me like a child, you forgot Olympic values! | Handball Planet 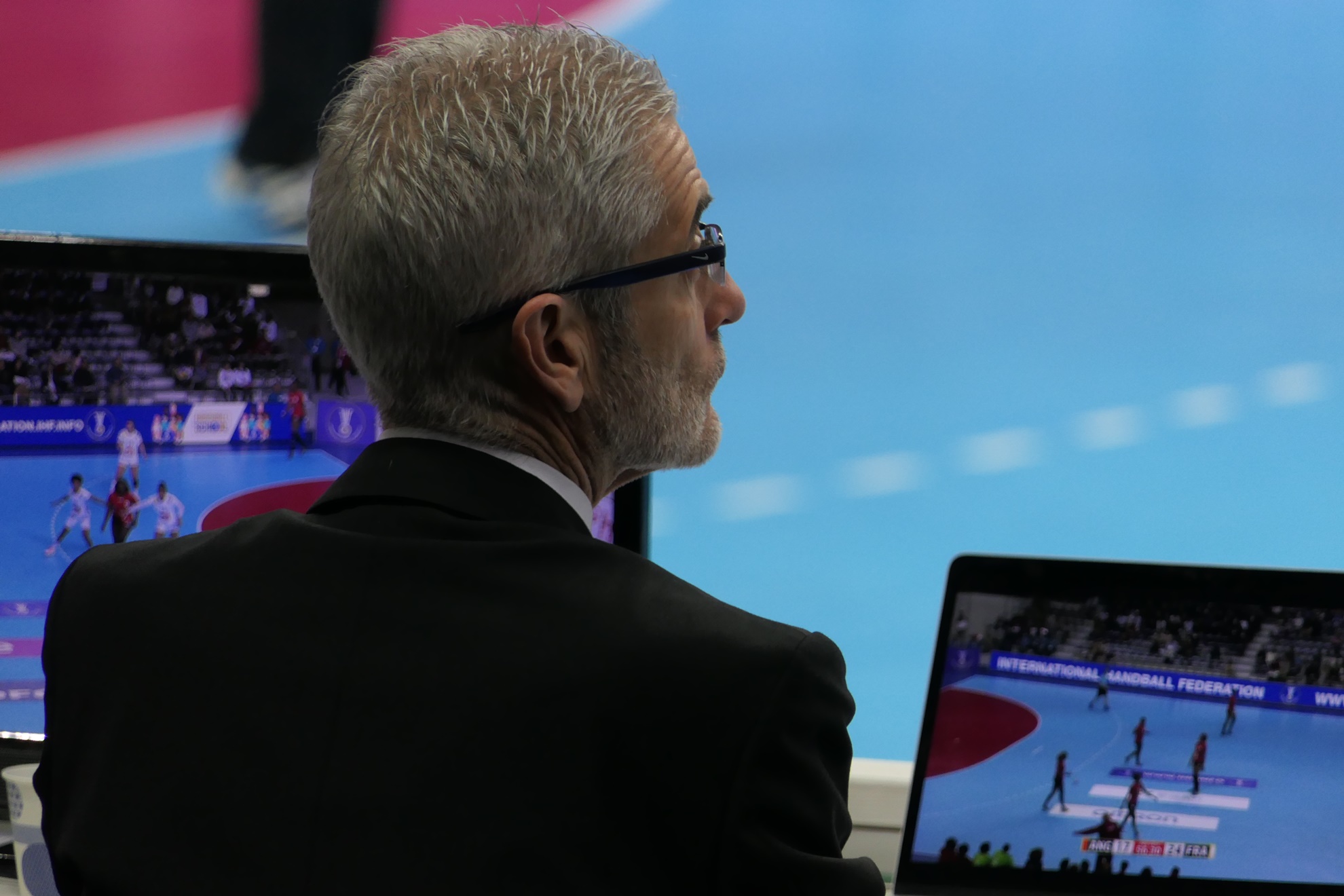 IHF Chairman of the Playing Rules and Refereeing Commission Ramon Gallego resigned after decision of IHF Executive Committee led by president Hassan Moustafa to exclude him from Tokyo Olympics.

Handball-Planet.com published a part of the resignation letter sent to IHF Executive Commitee members and their president.

Dear Mr. President,
Dear members of the IHF Executive,
I’m writing you in relation with the email received on 14th May 2021 from Mrs. Amal Khalifa, the IHF General Director, communicating your decision after the proposal of the IHF President, to exclude me from the list of IHF nominees for the Olympic Handball Tournaments at the Tokyo 2020 Olympic Games.

I strongly disagree with the criteria described in that decision as the root cause for my exclusion of the Olympic Games, for several reasons:
Ø The instructions to do not nominate Referees from the same regions of the teams involved were never expressly ordered. The first time that the President told me something on this regard was after the match SWE-EGY at the Men’s World Championship (Final result 24-23), but there wasn’t clarity about which regions / countries, nor the scope of the limitation, and never done in written. There isn’t neither anything written about this limitation in the IHF Statutes & Regulations.

It’s necessary to mention that out of these 3 matches, in 2 of them the involved Teams/Referees are from the Nordic Region:
o SWE-EGY, Referees from NOR
o NOR-ROU, Referees from DEN

I want to state that I disagree with the criteria that you want to impose to PRC for IHF Referees’ nominations, exclusively from different regions of the teams concerned. This criterion may lead to the conclusion of their lack of impartiality, which never happened and will never happen, because we currently have the most honest group of Referees ever, on and off the court. The IHF Referees train in a very professional way, despite they are not professionals; physically, technically, and tactically.

I would say that this is the behavior that everybody would expect from the Referees and Judges of all other sports in the world.

I have always maintained the criterion of country neutrality. There were never nominations for Referees from the same country of any of the teams. This should be the only type of neutrality to be respected.

A different criterion is used in other sports like the Ice Hockey International Federation, who i.e. nominated 2 judges from Canada for the match USA-CAN, the Olympic Final match in Winter Olympic Games CAN-2010.

I also want to mention the final match of the 2020 Men’s European Championship CRO-ESP, officiated by the Referees from MKD. Everybody was satisfied with the development of the match and nobody challenged the fact that the Referees were from the same region that one of the teams.

I also disagree with the statement of the President related to the URU Referees in the match ARG-ESP (16-31), that “they showed lack of fundamentals in terms of refereeing, which could lead a catastrophe”. This is not correct, according to the analysis of the match by the PRC Observer and myself. These Referees are amongst the most talented non-European young couples. They whistled the final match for the Women’s Junior World Championship HUN- 2018, and they also officiated in the Women’s World Championship Kumamoto-2019, where they were ranked in the 7th position out of 17 couples.

Another criterion that I cannot agree is the limitation to nominate two couples from the same country, even when both couples are amongst the best in the world. This is detrimental to the national teams, who expect that the best Referees and Judges are nominated for the top world events. I think that the best Referees must be nominated for the highest events, regardless of gender, or nationality, no matter how many couples from a country, no matter the language of Teams and Referees (Nordic, Balkan, former Russian nations, etc). Why not? Referees and Judges are neutral and honest, why not simply trust them? We should keep them away from any political decision, without any shadow of doubts in the nominations. We should simply give them the best conditions possible for doing their work, being isolated from external and non-sportive influences and facilitate their learning, and continuous improvement.

I think that you have treated me like a child. You have not respected my 40 years of history in IHF Handball in different positions, always related to refereeing matters, first as elite Referee and later in other positions. I do not have to regret anything, I am a human being and I can make mistakes, but I have been always honest in my work with the Referees.

You should have thought in the Olympic spirit, in the Olympic values. I think that you have forgotten at least one of them, the Respect, without respecting others we cannot be leaders of any sports organization. Due to we have totally different points of view on those substantial subjects, we won’t be able to work together. Therefore hereby, I announce the resignation to all my current positions and responsibilities in the IHF as Chairman of the Playing Rules and Referees Commission with immediate effect. This resignation includes stopping any work related with the more than 25 projects in which I am currently involved (*)

It’s time to stay at home for a normal life, out of Handball and give back to my family the time that I have taken from them for more than 40 years. I want to express my thanks to the IHF Referees, to my close PRC colleagues, also to all other Handball people worldwide which have cooperated with me in different projects relates with refereeing and Rules. Special thanks to the members of the IHF Commission of Coaches and Methods (CCM) for the great cooperation in many events. Handball will continue, no matter who is occupying the VIP positions, I’m not essential, Same as all of you. For sure other people will come in the future that will do a great job.

Handball (like every other sport) is the most important matter.
Yours sincerely
Ramón Gallego