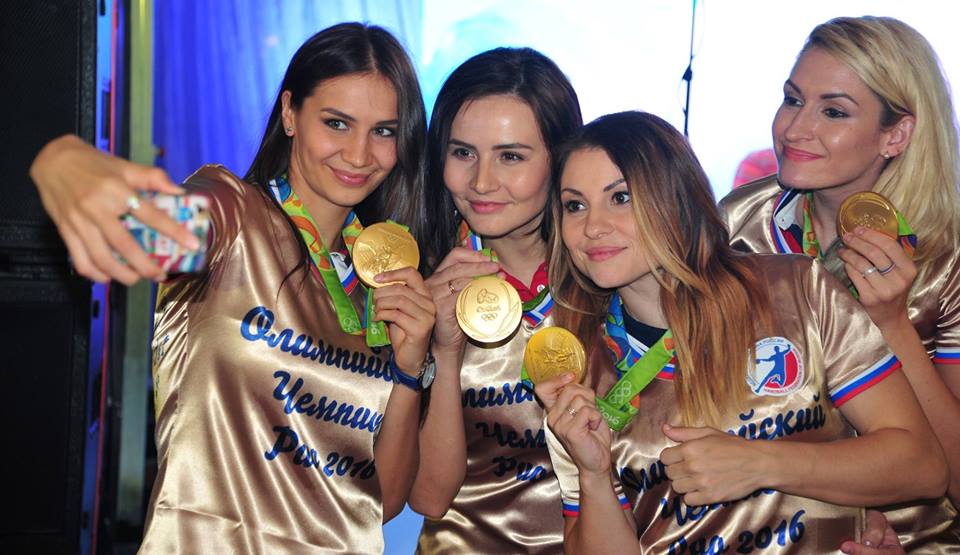 The Russian handball girls won the Olympic gold in Ro. The Women’s Olympic tournament witnessed domination of the country who came back on the TOP with great run of eight wins in eight matches at “Future Arena”. Evgeny Trefilov, legendary Russian coach who is on the bench since 1999, presented a great level of handball and some new faces of the Russian girls, who will be the force in the upcoming years as well.

They knew to celebrate after all the troubles which Russian athletes had before the Olympics, many suspensions and questions whether they will be able to play.