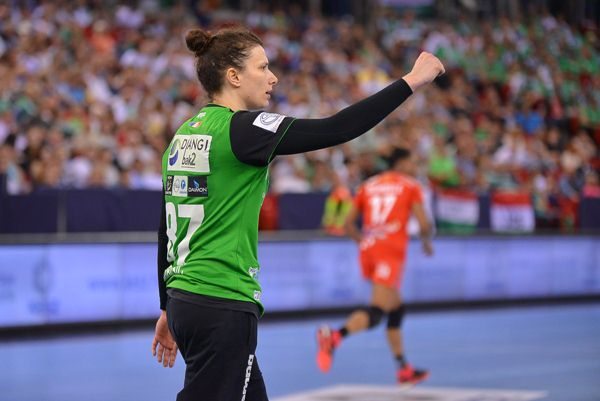 Amazing performance by Romanian girls led CSM Bucharest to the first ever Women’s EHF Champions League final in Budapest! The Danish coach Kim Rasmusen obviosly was highly motivated to show former partners from Macedonia, that he is a “little bit” better coach that one who got fired after only 28 days in Skopje last year. At the end, amazing Jelena Grubišić with 20 saves and easy Bucharest win – 27:21 (14:9).

Slow attacks, poor shooting performance, weak defense with Anja Althaus in the middle and Leynaud between the posts, with brilliant Grubišić on goal on the other side, where the reasons why Romanian girls had 7:1 after 13 minutes of the match!

The leading Vardar’s shooter Andrea Penezić was invisible with 1/6, and only Andrea Lekić could attack on the level necessary to chase the rival for the EHF CL Final.

On the other side, Rodrigues (six goals), Gullden, Manea and Co. were concentrated to not let rivals to come back. Story last until 44. minutes, when Bradeanu netted on empty goal for 21:11. Everything else was just a question of time, celebration and dissapointment…