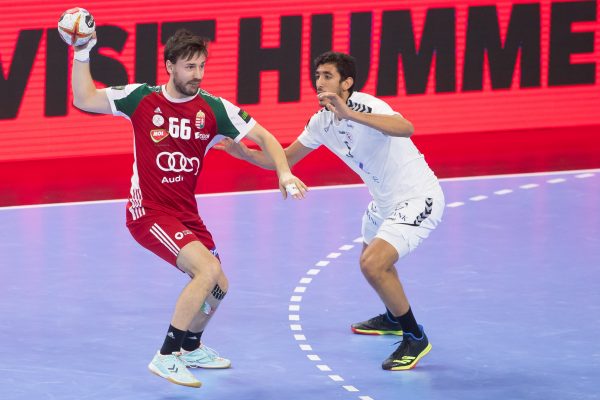 On the second match of the day at the Royal Arena in Copenhagen, Egypt showed that they haven’t come to this championship just to compete and with a30-30 draw against Hungary, they have put themselves in a very favorable position, and with big chances to move to the main round.

In a very hectic match, Hungary scratched a point after being behind in the scoreboard for big part of the match against a very combative Egyptian team. The match started off better for the Europeans, who were leading 8-4 after 11 minutes. However, slowly but surely, the African team got closer and from the 19th minute they scored 6 uncontested goals that put them 11-14 ahead with only a minute left for the end of the first period.

Goals by Mate Lekai and Laszlo Nagy shortened the distance and with one last goal from the left handed with at 29:58, Hungary were able to finish the first half 14-14. During those first 30 minutes, Iman Jamali suffered a serious injury that, according with Nemzeti Sport, could be a rupture of the cruciate ligaments of this right knee. This means that besides from having lost its top scorer, Szolt Balogh, due to a sprained ankle, the Hungarians have also said goodbye to his left back.

On the second period, things got very complicated for the team coached by Csonkyai and Mati as they were losing 15-19 after 7 minutes. Goalkeeper Mohamed Eltayar, who would later say that this was his best match ever with the national team, had a great performance and made it hard for the Hungarians to catch up. However, and after 20 minutes, Hungary took the lead again for the first time in 40 minutes, through a fast break by Patrik Legitvari, it was 24-23. The last minutes of the match were very hectic and it was impossible to predict who would take the points.

With two minutes left, Ali Zeinelabedin took advantage of a lost ball by Mate Lekai and scored to put Egypt 28-29 ahead, but moments after Karim Abdelrahim would get a two-minute suspension that would compromise the end of the match. Nagy tied on 29 with a minute to go. Zeinelabedin scored again from distance and now there was less than a minute to play. Yahia Omar was also suspended for two minutes after a bad change and Lekai netted the equalizer (30-30) leaving Egypt with the last possession with less than 20 seconds for the end. With two players less on court, the coached by David Davis were happy with the draw and got themselves back in the race for the main round berth.

Spanish coach David Davis reflected on the important point obtained by his team today: “This draw tastes sweet. We know that if we win tomorrow, this point is very good for the main round. This is very positive because my players told me that every time they had these decisive matches they would always loose and things wouldn’t go right, it happened for at least the past 15 years, so we managed to do a great match, like the first day against Sweden. We couldn’t win, but it’s a draw and that’s important because I could see that the work we’ve been doing for the past six months was on display”.

Mate Lekai, on the other hand, was visibly disappointed with the result: “I’m not satisfied, we wanted to win this match, but in a match anything can happen. Our goal was to win today but we couldn’t, and we even lost one more player, so we’re not in a good situation. They’re important players in this team. We have two more right backs, but Balogh was playing very good until the injury I think, and he was our top scorer; but in the left back we have only one now who is playing mostly in defense, so we’ll need to find a solution to this; it’s hard to say something now. Our expectations were to arrive to the match against Sweden with four victories, but we have two wins and two draws; that’s why it was important to win today, so that we could get to tomorrow’s match without pressure because of course, they’re the favorites to win the group, they have 16 players on the same level, they’re the best in this group. But sometimes you could give a surprise, so we’ll see”.