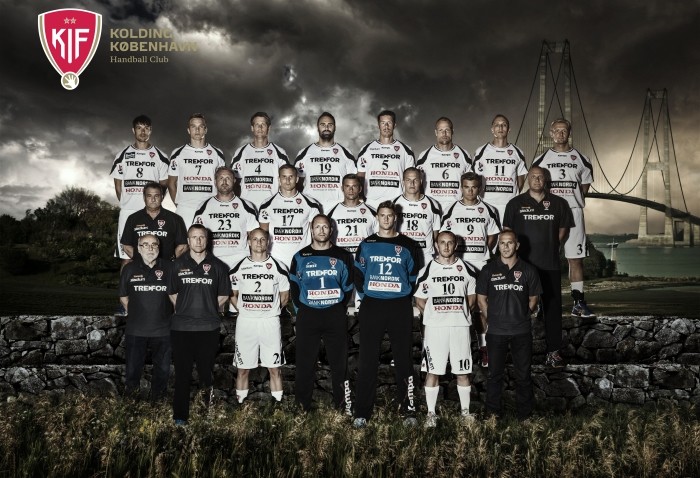 Polish champion Vive Targi Kielce lost again against KIF Kolding Kobenhavn 25:26 (15:15). Last week result was a bit of a surprise as it was Kielce who was considered a favourite. Before the return match, players from the Polish club declared they wanted to take a revenge of course. Their last games did not look good and their form was kind of a mystery for the fans. The beginning of the match suggested that Kielce team did not recover yet. KIF’s advantage reached 4 points but then Kielce team woke up, made the result even and took the lead. It seemed like they were finally back on the right track, their track. The atmosphere became rather tense, both teams fought and gave their best.

Additionally, the referees kept turning it on by making controversial decisions – Kielce players held grudges against them as they kept ignoring fouls made by Danish players. The crown of all this was 2 minute suspension for Denis Buntić after an acting show of one of the KIF players who, by the way, filed complaints of their own. In last minutes Vive played bad again and the teams took a draw to their dressing rooms.

In the second half fans in Kielce saw return of the team from a couple of previous games. Poles seemed helpless against KIF defence while Danes did what they wanted and hardly missed the goal. When the result was 26:21 for KIF, Kielce started a furious chase and made it 26:25. Having had a ball and no more than 40 seconds to go, Kielce managed to get a chance to score from 7 meters. Julen Aginagalde was the one to score but the Danish goalkeeper was better. Fighting about the ball resulted in a sharp quarrel that entire teams got involed in. It did not change the result of the match though and Kielce in the end lost by one goal.