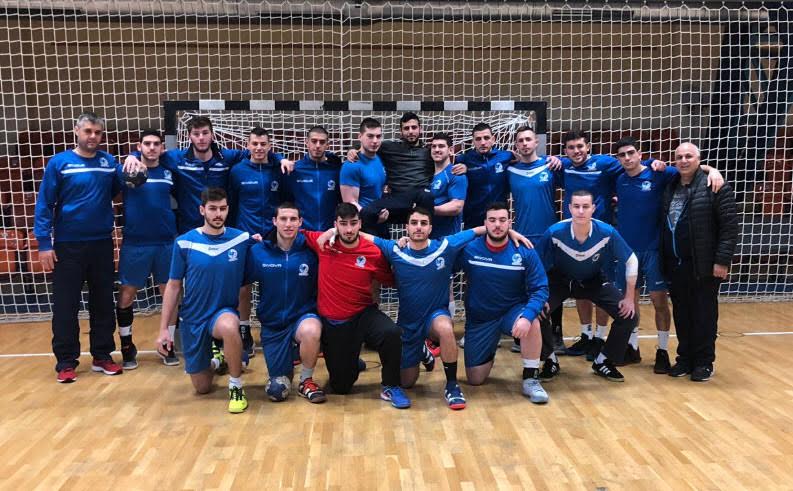 Share
Tweet
Share
Share
Email
Comments
Written by Dean Shmuel Elmas
The Israeli middle back, Yoav Lambrozo, signed in ThSV Eisenach and will join them immediately.
Lambrozo played in the Israeli “Germany Project” in the last months and impressed the legendary Eisenach’s trainer, Sead Hasanefendić. He is the second player from this project who sign in the German handball after VFL Gummersbach middle Back, Yonatan Dayan.
The Israeli 18 years old player who took the handball league rookie award when he was 16 years old, started his handball career in the tiny Hapoel Kfar Menachem and in the youth and adult team played in Ironi Rehovot.
Lambrozo said: “I am very excited to do this step in this age. It’s a great chance for me to improve. My goal is to promote with Eisenach to the 2. handball Bundesliga”.
ThSV Eisenach who were in the handball Bundesliga in the 2015/16 season, relegated to the 3. Liga last season from the 17th place, just 3 points from Wilhelmshavener. They lead 3. Liga Männer Ost, 8 points more than the second place, GSV Eintracht Baunatal.