Italian federation elections: What next after Purrumuto’s win and Montauti’s appeal | Handball Planet 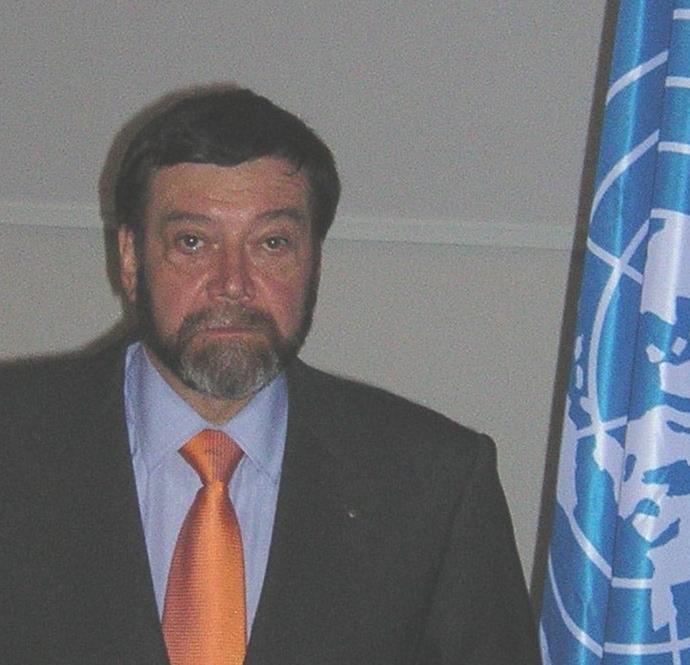 On the 29th of October, the Italian federation elections saw Francesco Purrumuto’s win against his opponent Pier Luigi Montauti.The latter has decided to follow the legal way as substantial irregularities have been claimed by Montauti’s side. The appeal findings should be released at the most around December. From those findings, the Italian Olympic Committee or the internal federation body will decide either to go back to the ballots or to confirm Purrumuto’s victory.

Today we are going to discuss the Italian handball situation with Roberto Petazzi, who had been involved for many years as a member of the federation board and as a manager/coach at team level.

Here is what Petazzi has to say:

Mr. Petazzi, what is your opinion about the ballot results?

“ I think it is quite positive the fact that Italian handball has clearly revealed its mask after so many years. Thanks to the federation managers, who through the implementation of a series of cunning voting procedures, before, during and after the ballot process had left the whole handball community down. Needless to say all of this was not necessary, but indeed what happened in Naples did confirm the kind of attitude shown by the winning side. An election campaign characterised by an absence of actual debate and engagement with the opposition (Montauti’s).

Clubs managers’ actions have also revealed what lies behind the façade, as we can honestly say that at present in Italy, there are two different sports: handball and pallamano.

Two sports with same rules on the court but with totally opposite ways to run it in a conciliatory way amongst members. Like it or not, when you are part of a sport community you have to live in a civil way with your fellow members.

A possible catastrophic third scenario could spring to mind: clubs might prefer to have the sport living in a perennial crisis, as they would prefer being successful locally without making any effort to make it nationally. Condemning handball to remain a niche sport anchored only to small towns.”

What would you change in the way handball has been run in the last 15 years?

“I don’t think there is a lot to change. It is only about appointing people on merit, allocating resources properly, abiding to the rule of law and transparency in decision-making.

Restoration has been met with resistance in old positions of power. Such a situation could carry on for the foreseeable future unless a change will be enforced through regulations.”

What do you think of the new men’s league format?

“First of all, every time you change the structure of a league it does come with some pain.

To me, there have been no clear reasons behind the passage from the former Elite to the current format, as the federation had not come forward with enough information. It looks like such reasons were used as scapegoats to avoid a much more needed reform in the women’s sector.

A suicidal collateral effect of the reform was the actual abolishment of compulsory youth activity by men’s top league teams.”

Women’s top league got only 6 teams this year: What is your view about women’s handball crisis?

“ Women’s handball is in crisis only in clubs were players’ technical growth comes second, because it is preferred to the recruitment of older, mature players.

Overall women’s team sports, especially in Italy, suffer from a high rate of players quitting the game due to off the field reasons.”

Italian born players are on average younger than their male counterparts. They might lack experience, but not enthusiasm and fighting spirit.”

Italian media and handball: a very difficult relationship for a long time. What is your opinion on this?

“I don’t see any difficult relationship between the two parties, because this relationship does not exist at all.

When it comes to distribute resources, it is evident that marketing is not able to get its fair piece of cake.”

Let us try to predict the future of handball: where would you see the sport within the Italian and international sport scene in the next 5 years?

“Apparently we have got an answer after the elections’ results: a continuation of the policies carried out in the last 15 years. Handball will hit the bottom of the Italian sport scene.

On the international side, I would not be surprised if we could witness a positive change across the board. If this would happen, we should thank the hard work of our teams. Teams which run their activities on the basis of fair play, planning and international cooperation. In my opinion, Italian teams have the right human, technical and perhaps financial resources, but without staying in such a“suburra cialtronesca”.

Italian handball is in a better shape than what most people believe. The bottom line is that pallamano has been asking to enjoy fruits of its investments.

Indeed a large size of the handball community has finally stopped trusting the “Parioli Madoff look-alikes.”