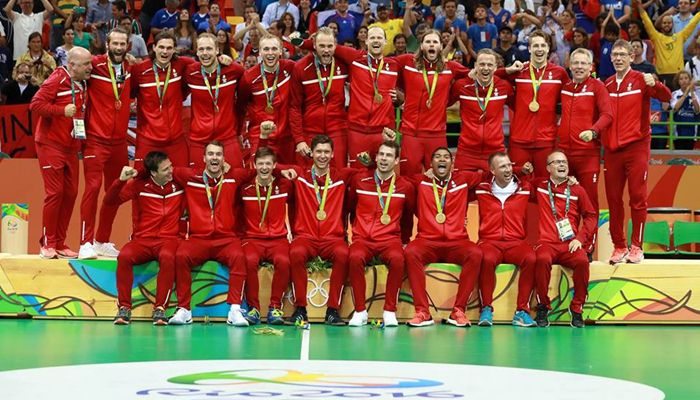 Mikkel Hansen is the King of the Olympic Games in Rio! There were no a lot of people across Handball community who believed in this kind of epilogue of the Men’s Olympic tournament, but at the end, all prognosis went down, Denmark celebrating the first ever Olympic medal, and here we are, the first gold!

Despite an average start of the tournament, defeats against Croatia and France, but also last „shaky performance“ and last second win over Qatar, the team of Gudmundur Gudmundson showed the most when it was necessary – in knock out stage against Slovenia, Poland and most important – in battle with two times Olympic champions in a row, until now unbeatable France 28:26.

– We get a good start to the game. We always had shaky starts against France in the finals, so we became nervous. It didn’t happen in Rio, and I think we deserved and we were better. It seemed that we had the most power when it mattered, said the MVP of the Olympic tournament, Mikkel Hansen for dr.dk.