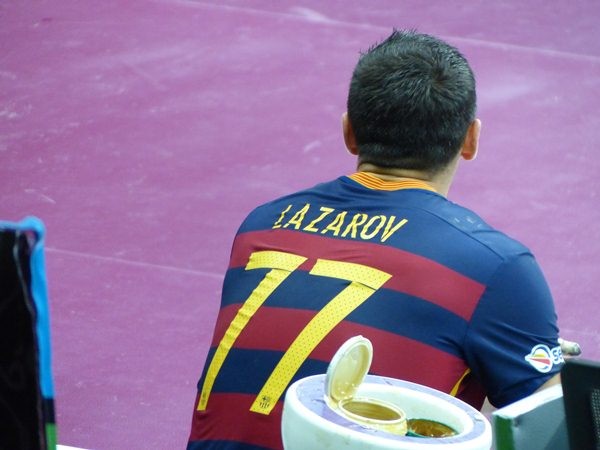 Macedonian handbal icon Kiril Lazarov scored 1000th goal at the VELUX EHF Champions League in win of his FC Barcelona Lassa against PICK Szeged – 30:28. His fifth was decisive, but the ball in the net of Szeged’s goalkeeper didn’t mean only two points for the reigning EHF CL champions, but also a new chapter in career of one of the best lefthanders of XXI Century.

The 35-years old right back netted 1000 goals as the first ever player in the history of the European elite competition. He was preparing his record in T-shirt of four teams, PPD Zagreb, MVM Veszprem, BM Ciudad Real (BM Atletico Madrid) and FC Barcelona.