KNOCK OUT IN VESZPREM: MOL Pick Szeged on -11 after first match | Handball Planet 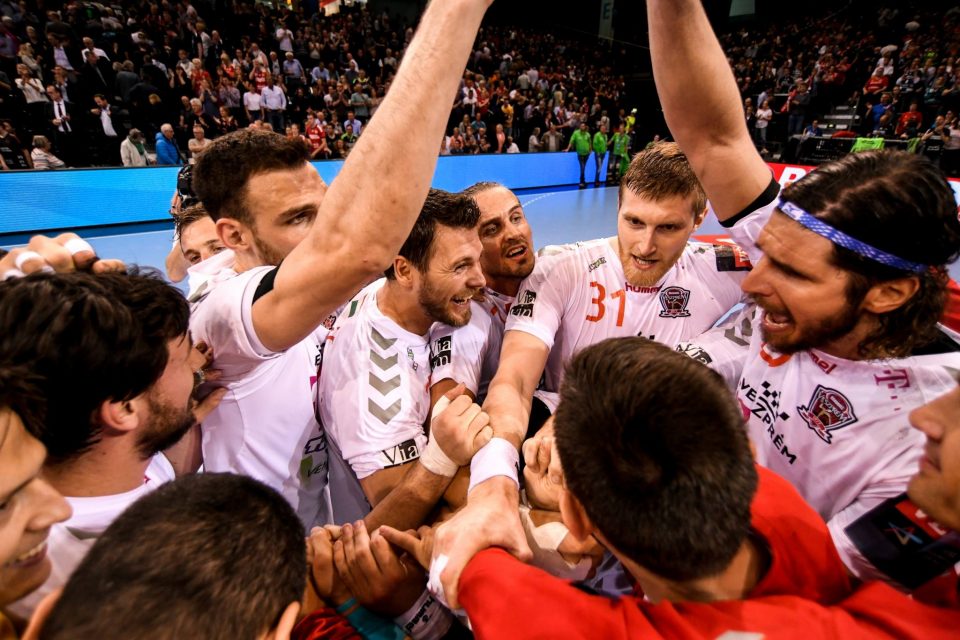 It looks that Hungarian Championship trophy is on the way back to Veszprem! The host team of the first Play-Off final clash of two best Hungarian teams, Telekom Veszprem made convincing advantage over MOL Pick Szeged 35:24 (14:15) before the second leg in Szeged on Sunday.

Joan Canellas netted six goals in the first half to keep his team ahead of the rivals (15:14), but in the second half Roland Mikler and his team-mates in defensive line made a huge advantage which will be tough to beat in 60 minutes of the second match.

It was a special evening for all Veszprem’s fans as two club’s legends Laszlo Nagy and Momir Ilic played their last match of career at Veszprem Arena and Roland Mikler his last in Veszprem’s jersey.