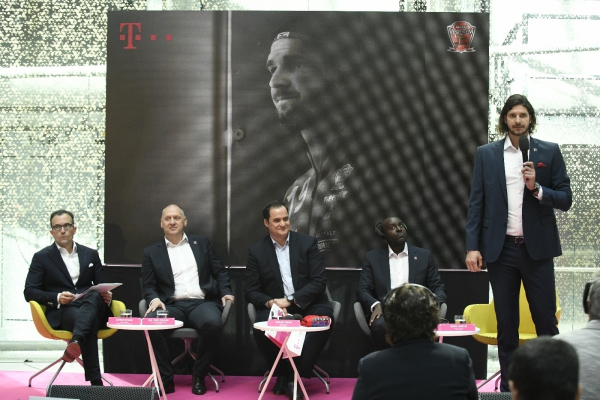 Share
Tweet
Share
Share
Email
Comments
It has become official today in this press conference as well, that László Nagy, the captain of Telekom Veszprem has officially announced his retirement from professional handball. It has become official as well that the right back who was formerly voted as the World Handball Player 2011 by Handball-Planet.com will overtake position of Veszprem’s sports director starting from 1 July 2019.
Nagy started his career in Szeged in 1997 and signed to Barcelona after three years at the age of 19, which he served for 12 years and achieved many great successes. He won two Champions League titles, four Spanish league titles, four Spanish Cups and an EHF Cup. In 2012 he left Barca as the only foreign captain of the Catalan team to this day.
Then came Veszprém, where he achieved further great successes as he became a five times Hungarian champion, six times Hungarian Cup winner, two times SEHA League winner, furthermore he participated in four Champions League Final4s with the Hungarian team so far. He played 266 games in the jersey of “Építők” and scored 900 goals.
He wore the jersey of the Hungarian National Team 209 times and scored 749 goals. His biggest international successes were the fourth places he achieved in the Athen (2004) and London (2012) Olympic Games.
He was awarded as Best Handball Player of Hungary four times in 2009, 2013, 2015, 2016, while in 2017 he was awarded as Best Defensive Player of the Year. In 2012 he was awarded the Hungarian Cross of Merit, and the Hungarian Fair-Play award in 2016. He was voted as player of the year by Handball Planet in 2011.