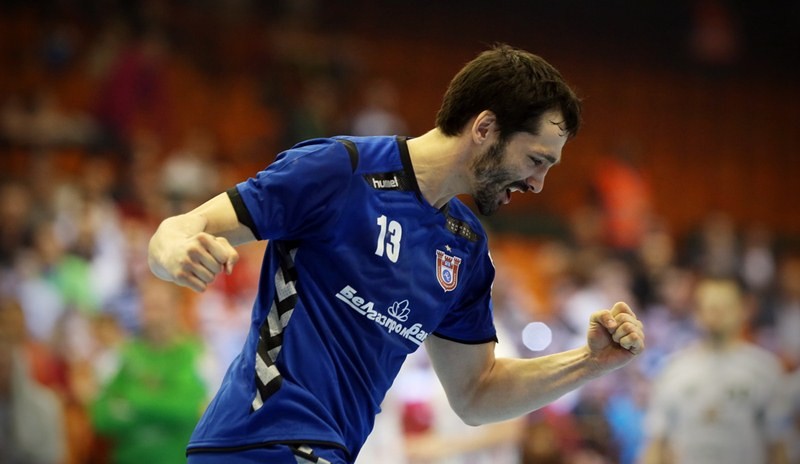 Slovenian playmaker David Špiler admitted in emotional interview for Balkan-Handball.com, how he feels after Belarussian champions HC Meshkov Brest decided to terminate his contract a year before the end of cooperation (2016) during the period in which he is struggling to come back after five months absence due injury.

– I got injured at home match against RK Metalurg in March. We agreed that is the best option to get diagnosis, make surgery and recovery treatment in Croatia or Slovenia. I did that, surgery was inevitable, injury of muscle supraspinatus was serious, so I got a green light from the club. Everything was with their approval, we have been in contact all the time since June, when I got a message from Pavel Bashkin, club’s director, when he informed me that club wants to terminate contract with me. I called him, who confirmed that new coach Bebeshko doesn’t need injured player. I was schocked – said former RK Celje Pivovarna Laško and PPD Zagreb player:

– They fired me with the explanation that I left to Zagreb at my own and club has no clue where I have been last four months? Shameful, simply shameful. I have never heard for such an example in handball world. They lied me. We have been in contact all the time during my recovery treatment in Zagreb. Definitely, a big lie. I didn’t get money even for the last three months of the last season. They didn’t pay me a costs of surgery or any medical treatment afterward. I will fight for my rights. I will inform EHF. I had valid contract until 2016.

David Spiler is now looking for a new team, but also for justice…

– I don’t wanna cry. This is a way of thinking which we have to fight against. My destiny must stay only a bad example, that shouldn’t happen to any proffesional handball player. I don’t want to shut up. I will fight for my rights not through the media, but this is something which all the handball people has to be aware about. I am sure that this kind of things couldn’t happen in Germany or France. Clubs and players are going in separate ways even before the end of contracts, that is life, that is bussiness, but in such a way. This has to be warning to all the players to be careful before the signings – concluded David Špiler.