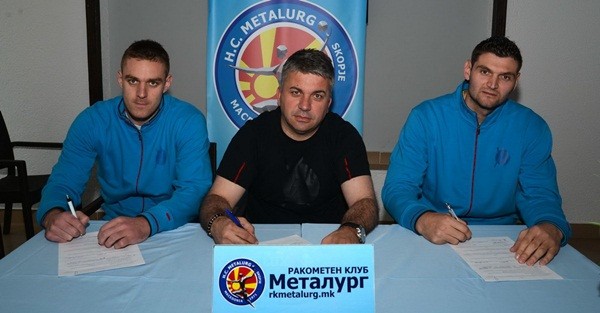 Two Macedonian national team players, Ace Jonovski (34) and Velko Markoski (28), which have been one of the “trademarks” in the defence part of both Metalurg and Macedonian National team, have signed new contracts with Metalurg. The Macedonian champion believes in the “pillars” of their defence so far, so in front of Darko Stanic for the next two years will stand these players – for many things part of the great successes of the team led by Lino Cervar.