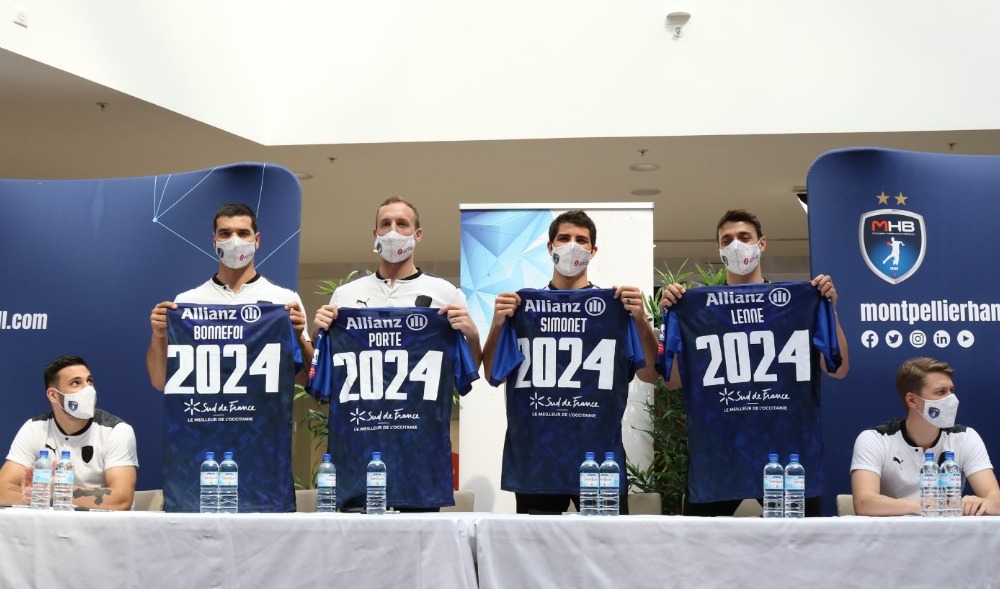 Kevin BONNEFOI, after a season loaned to Toulouse, joined the Montpellier club in July 2019. Goalkeeper, French international, he affirms very early on his wish to continue under the Montpellier colors. “ Kevin has made his place here and we are counting on him for the future ” said Deljarry.

As for Yanis LENNE, aged 24, he scored 98 goals in Lidl Starligue this season. Arrived at the club in 2019, the Montpellier right-winger, trained in Sélestat, is an important player in the squad with 76% shooting success. “ Yanis has become in two years a key player in the Montpellier game. Skillful at shooting, hardworking, his enthusiasm is the driving force behind the construction of our collective ” said Montpellier coach Patrice Canayer.

Finally, Diego SIMONET, 31, leader of the Montpellier for 8 seasons now, “ a pillar of the team and an outstanding conductor ”, elected MVP during the Final4 of the Champions League in 2018, also extends his contract until the next Olympiad. “ Continuing with Montpellier was obvious. I feel good here, like at home. To play at this level and in a structured club, it is only in Montpellier that it is possible ”.

Julien DELJARRY, President of the club is satisfied with these new signings: “ After the extension of Valentin Porte, confirming 3 managerial players of this level allows us to build the future and the 2024 project more calmly ”.