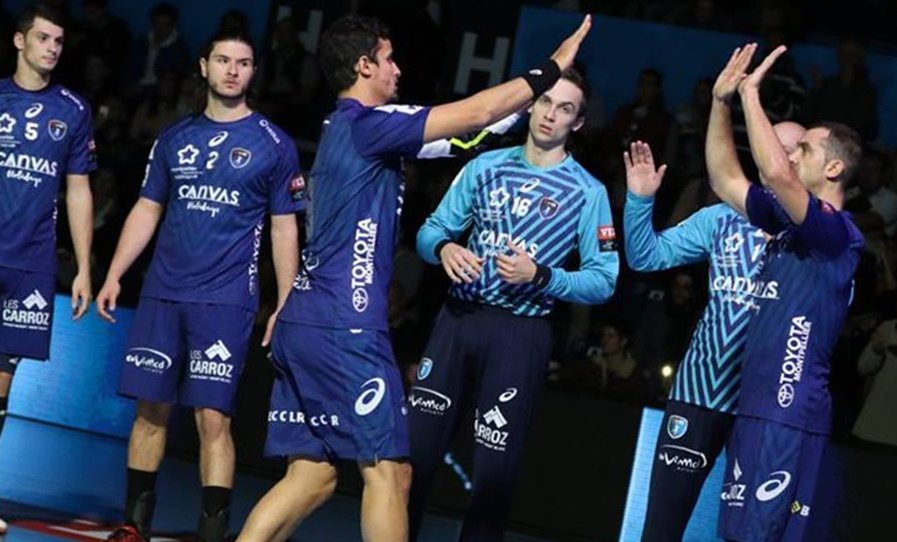 Montpellier defeated Nantes for 33-28 to stay at the top of the Lidl Starligue. Under the command of Diego Simonet, the team in blue took control of the first half of the first period. With 3 out of 3 shots (two of them with empty goal), the team in blue took the lead for 11-7 after 16 minutes, while Vincent Gerard started his show under the posts (closed the first 30 minutes with an impressive 37% of saves).

The team conducted by Patrice Canayer extended their lead to a +5 on the 23’ minute through Vid Kavticnic, but that would be the last goal of the period for them, while Nantes dangerously shortened the gap to 15-13 at half time. Those 7 goalless minutes for Montpellier coincided with the absence of Simonet, who is the natural conductor of the team.

On the second half, the coached by Thierry Anti suffered the early loss of Dominic Klein, who got his second 2’ suspension of the match, followed by the third one after having complained to the refereeing duo, less than a minute into the game. Goals from Nicolas Tournat, Eduardo Gurbindo and Olivier Nyokas put Nantes in front after 7 minutes (18-19), and the match became more exciting. But the break came after 14’, when Ludovic Fabregas set the 22-20. It took the away team 7 minutes to score again, and at that point the score was looking good for the home team, who were leading 25-21 with a much more comfortable rhythm.

Efforts from Tournat, Romain Lagarde and Nicolas Claire were not enough to defeat a team that is well headed into both the Velux EHF Final 4 and the last stretch of the Lidl Starligue. Simonet continued to orchestrate the attack while Melvyn Richardson and Vid Kavticnik did the scoring. Gerard had another impressive evening and the match was closed well before the end of the regular period. Montpellier continue to be at the top of the French league, a week before their maiden debut in the Velux EHF Final 4 in Cologne.

“We started off very well on the first half, but then on the second period we got stuck a little. In the end you could see that we have much more experience, we know each other well and we know that this tournament has to be ours, so we never gave up”, expressed Simonet. “We’ve been here before, we’ve been leaders and then on the last three matches PSG would catch up on us, but I think we’re seeing all the experience that we’ve gathered these all these years”.

When asked about the Velux EHF Final 4, the Argentinian centre back has everything quite clear in his head: “I’m not really thinking about it yet because we still have a very important match ahead of us, against Saint Raphael. This year I’m very focused, knowing what to do every day, I’m focused on what I eat, what I do, the way I train; so before thinking about the Final 4, Saint Raphael is in our heads”.