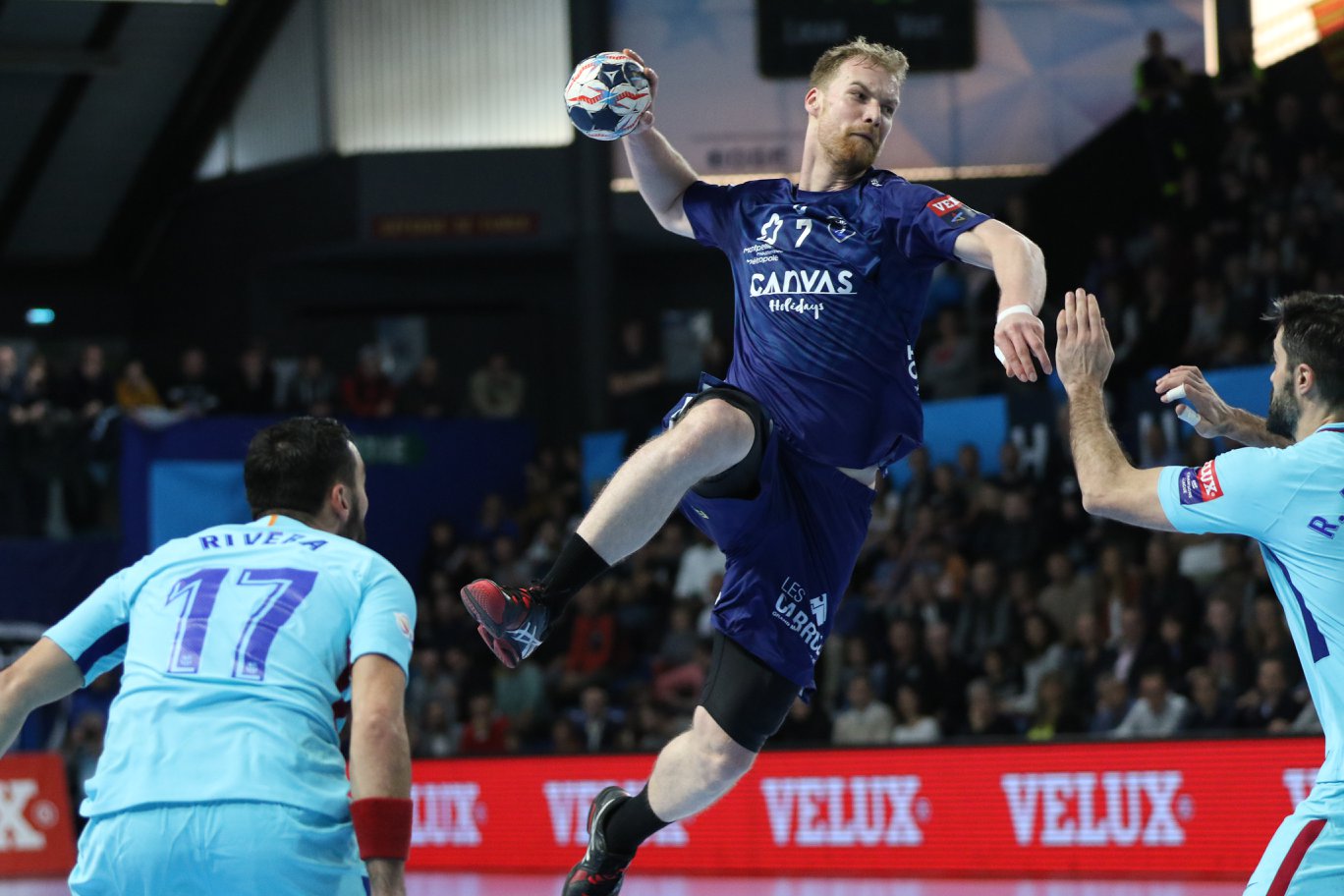 From the “second row” French Montpellier Handball looking to find the way in the “first class” of European handball – once again. After leaders of French LidlStarLigue beat PGE Vive Kielce last year at TOP 16 phase, Patrice Canayer is ready to fight for another surprise – this time against FC Barcelona Lassa next weekend at “Blaugrana”.

First clash ended with Montpellier’s home win 28:25. The main r ole in the winning squad had Lithuanian left back Jonas Truchanovicius with eight goals. “The best buy” of the French team in the last few seasons, the 24-years old shooter, was a match winner among much bigger names and stars of handball.

He speaks for Handball-Planet.com between two matches with the Spanish champions:

What is the biggest strentgh of FC Barcelona Lassa?

If you progress to TOP 8 should journalists still name as surprise based on how you play this season?

We know for all German teams that they put trophy in DKB Bundesliga ahead of EHF Champions League. What is more important for Montpellier in the moment – domestic or international?

How is working with Patrice Canayer? Tell us something about him, which kind of system he is forcing?

In 5-6 words, how would you describe current roster of Montpellier Handball?

Will you survive in race with PSG Handball for LNH title?

For the guy who played in Austrian league two years ago, you exploded in Montpellier’s jersey. How do you see your career?

When we gonna see Lithuania on big competitions like EURO or World Championships?