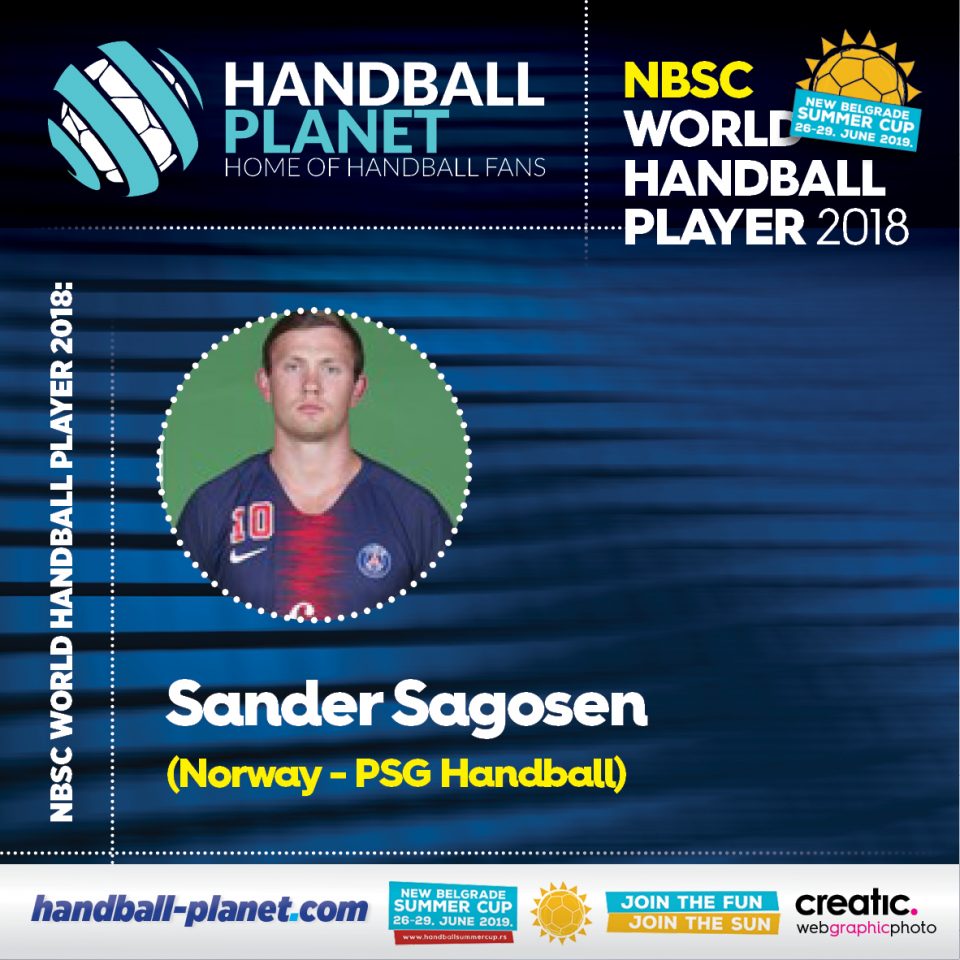 Handball-Planet.com is proud to announce the results of our traditional Contest for the WORLD HANDBALL PLAYER 2018 powered by New Belgrade Summer Cup. The Norwegian playmaker / left back Sander Sagosen got the highest number of points based on cumulative votes of 24 members of the international jury of handball journalists and visitors of our website. The year 2018 in case of 23-years old Norwegian will be colored with the title of French Champions at LidlStar Ligue (2017/2018), but also a quality performance at VELUX EHF Champions League 2017/2018 and the first part of season 2018/2019.

Sagosen came to Paris in 2017, when for the short period of time proved the general opinion that “new star was born” after three years at Danish Aalborg Handbold, season in domestic Haslum (2013-2014) and Kolstad IL (2012-2013).

In three weeks of voting, all of 32 nominated players have got amazing support by the handball community. Handball lovers voted (71.208) for their favorite players in eight categories.