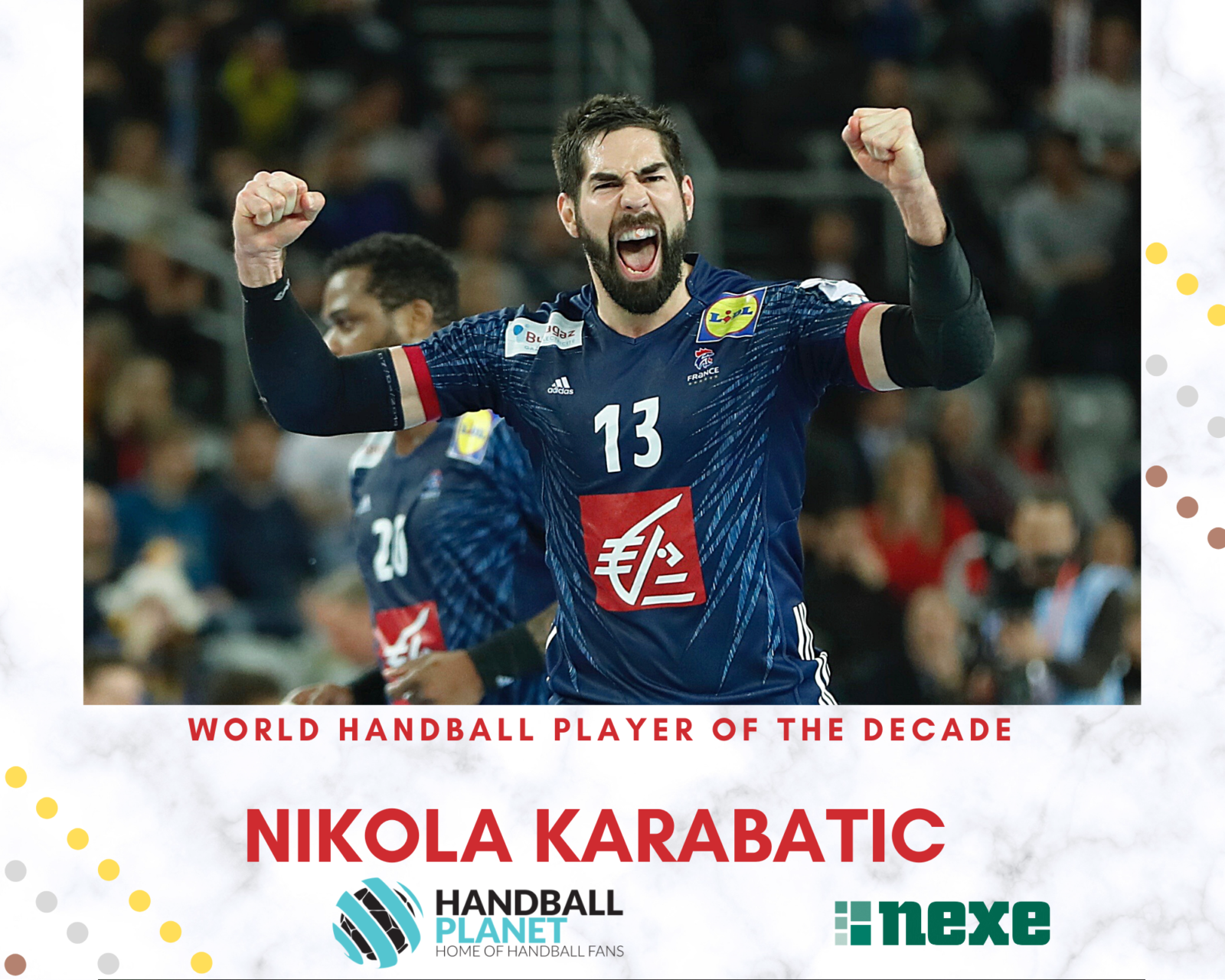 Handball-Planet.com is proud to present the final result of our 10 years Project which was concluded by the Jury consisted of 21 TOP coaches, handball legends and journalists from various part of the World.

Nikola Karabatic is the NEXE WORLD HANDBALL PLAYER OF THE DECADE!

The 36-years old back-line player of the French national team and PSG Handball made a lot success during 10-years time in which his teams were among the best in the world of handball. One of the iconic faces of our sport has won all major titles in French t-shirt in period 2010-2019. He was a member of the golden French team at World Championships 2011, 2015 and 2017, but also Olympic Games in London 2012 and EHF EURO 2010 and 2014.

With his team FC Barcelona, Karabatic won IHF Super Globe in 2013 and 2014. He was the first star of the Spanish team who won Men’s EHF Champions League in 2015. 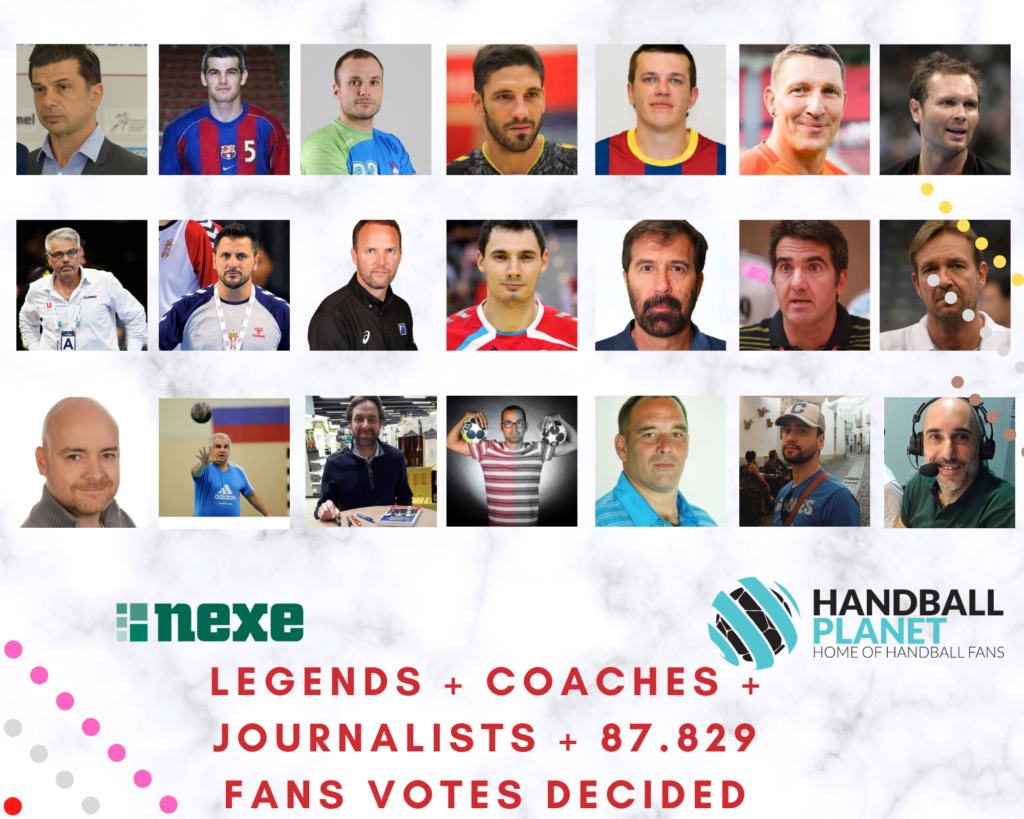 Every member of the Jury made two BEST 8 teams – first line-up and 2nd best line-up from nominated players.

Favorites of the fans (87.829 votes in total) got 3,2 and 1 point per position. Player with the biggest number of votes got 5 points (Domagoj Duvnjak).

HANDBALL PLAYER OF THE DECADE

10 of 21 Jury members have choosen Nikola Karabatic for World Handball Player of the Decade among four other players who have been supported. Mikkel Hansen has been a choice of four Jury members, while Domagoj Duvnjak has three votes. Thierry Omeyer and Arpad Sterbik has got 2 votes each.

In total number of points, Nikola Karabatic with 50 is ahead of Mikkel Hansen (48) and Kiril Lazarov (34). Defensive specialst Viran Morros (37) is out of competition as defensive player can’t be nominated for World Handball Player of the Decade.

HANDBALL TEAM OF THE DECADE: 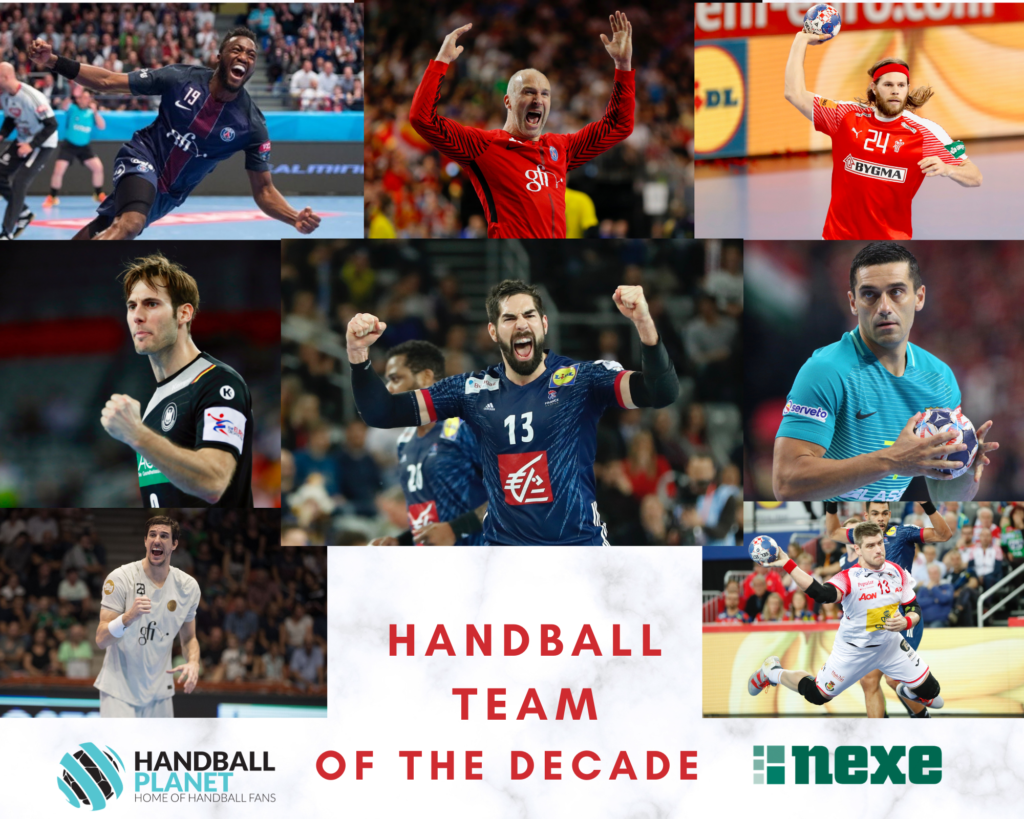 Here is the votes of the fans which have been added to existing votes of Jury. Players with the most votes got 3, second 2 and third 1 point. Domagoj Duvnjak got 5 as player with the biggest number of votes by the fans.

World Handball LEFT BACK of the Decade?

World Handball PLAYMAKER of the Decade?

World Handball RIGHT BACK of the Decade?

World Handball GOALKEEPER of the Decade?

World Handball LINE-PLAYER of the Decade?