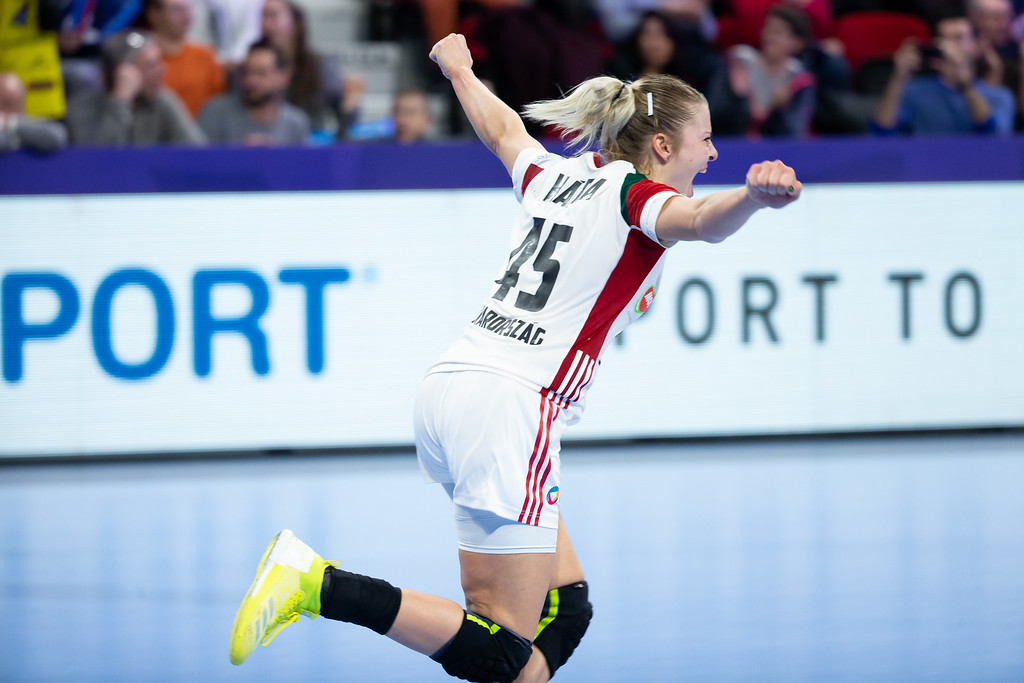 The greatest talent of Hungarian women’s handball, Noémi Háfra, decided to accept the offer of Audi ETO KC in Győr and continue his career in Győr. Together with her Nadine Schatzl will strength position of the left wing.

“We’ve been watching Noemi’s play for years. It is clearly the greatest talent of Hungarian handball. He has developed a lot in recent years, and I am confident that he can become an even better player in Győr, which is in the interest not only of us, but also of the Hungarian national team. I said earlier that if there is a Hungarian player who represents the level of Audi ETO KC in Győr, we will do our best to be in Győr. Noemi met our expectations to the maximum, which is why we signed a three-year contract. ” Said President Csaba Bartha.

“It is clear that the orderliness and continuous efficiency that characterizes Győr and the Audi ETO are attractive for handball players. In my opinion, the signing of Noémi Háfra is a great decision, as one of the brightest Hungarian handball players facing the future has decided that he wants to continue his career with us in Győr. The Presidency remains committed to having a strong, successful team in the future. I am confident that together we will be able to celebrate bright successes in Győr. ” – said Dr. András Csaba Dézsi, Mayor of Győr.

“ I am honored to be able to prove to Győr from the summer. I know I will be in a different position in the Audi ETO than in my current club as the concept is different. But I can be the Audi ETO KC player in Győr next year, because I have never been scared of challenges before. I am not afraid of competitive situations and of course I will do my best for common successes. I look forward to working together, but of course I will do my best for my current team until the summer. ” Said Noémi Háfra.

Háfra Noémi is 22 years old, junior world champion. In 2015, he won the Hungarian championship title with his team, and his individual performance was recognized several times. The junior handball player of the year won the title in Hungary in 2017 and 2018. He was also a member of the All-Star team of the 2018 Junior World Championships and the All-Star team of the 2018 Adult European Championships. He was also voted the best young player of the Champions League season in the 2018-2019 and 2019-20 seasons.

We have previously announced that Fodor Csenge has extended on the left, and today it has also been decided that he will be a postman of the Hungarian national team in the person of Schatzl Nadine. “Nada is the key to reliability. He gave the most stable performance year after year, he performed at a consistently high level, it was obvious that we would try to prove him in Győr. He fits in perfectly with the philosophy of our club, and he has just become an adult player in Győr, so it is no exaggeration to say that he will return home next summer. I’m sure Nada and Csenge will handle the left-wing post outstandingly. We have signed a long-term, 3-year contract. ” – said President Csaba Bartha.

“I am delighted both by me and the Presidency that Schatzl Nadine will return to Győr. We are talking not only about Hungarian players, but also about players with a Győr past. I am proud to be able to compete in Győr with an education in Győr from next season. He can also be a great example of many young handball seedlings in Győr. ” said Mayor Dr. András Csaba Dézsi, member of the board of the club.

“There are a lot of beautiful memories in the city of Győr, I gained a lot of experience here, I was able to learn the basics of handball in ETO. I’m glad to be able to perform in Győr again next summer, and of course I’m coming with serious goals: I want to be first on every front with the Audi ETO! I look forward to working together, but of course I will do my best for the success of my current team in the meantime. ” Said Schatzl Nadine.