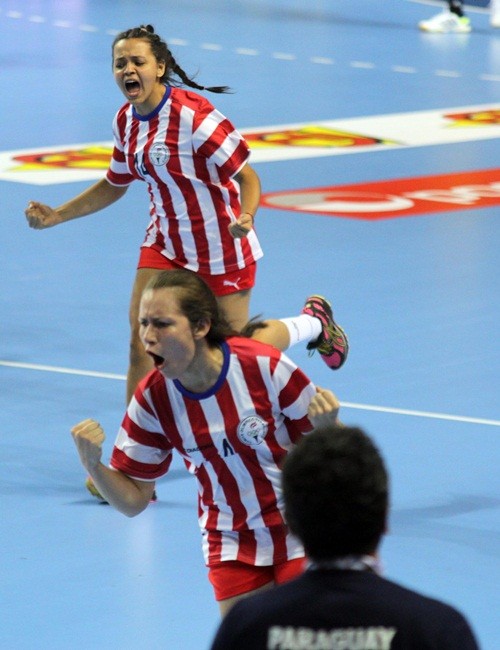 The Spanish national team routinely defeated Paraguay 29:9 (14:0) in the fourth round of the group C in Zrenjanin, with the third continuous triumph after the initial defeat by Norway. The match in the Zrenjanin “Kristalna dvorana” will be remembered for the fact that the first goal from the cute Paraguay players was achieved only in the 33rd minute, when Spain had an advantage of 15:0!

In the second half time the focus of Spanish defense eased, and the Paraguay girls managed to chance the final score. The most efficient with four goals were, on one side Aguilar and Lopez, whereas in the Paraguay team it was Faria.

I congratulate Paraguay on a well played match, especially in the second half. We were convincing in the first half of game and in the other we already started to focus on our next match.

I am ashamed of the first half when we didn’t score any goal. In the dressing room we agreed how we must play and that we mustn’t give up. We had to show that we have heart and that we didn’t come on this World Championship without a reason.