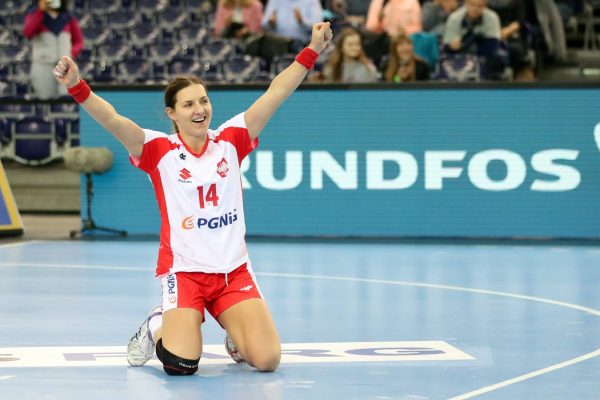 Poland had a really hard time on their first match of the President’s Cup when they faced Angola at the Arena Leipzig. The match was decided from the 7 meters line and the Europeans won 33-34 with the last penaly signed by team captain Karolina Kudlacz-Gloc. Brazil won it’s duel against Cameroon, not without suffering first. It was 28-26 for the South Americans, who were losing at half time. Polish and the Brazilians will fight for the 17 place in Germany 2017.

Poland tied with Angola, but won the match on the penalty shots.

It was not exactly the match neither team was expecting to play, but somehow Angola seemed a bit more recovered, at least mentally, to face the President’s Cup. On the first half, the Europeans took the lead and after the first 15 minutes, they were winning 7-9, but the African team fougth back and went to the locker rooms leading 13-12.

On the second half, it was Angola the one that kept the lead and after 7 minutes the goal difference was +6 (18-12). But little by little, Poland started to come back, and took advantage of the many penalities conceded by the Angolan team, who was having a hard time trying to stop the individual efforts from the Europeans. With less than a minute for the end of the match Kinga Grzyb tied the match 24-24 and the winner was decided from the seven meters line. It was and endless definition, as both teams reached the 10 shots. In the end, Adrianna Placzek saved Azenaide Carlos’ effort and Karolina Kudlacz-Gloc netted the last shot to give Poland the much celebrated victory.

Brazil through to the definition in a tense match

It was clear to see that the Brazilians were not quite where they wanted to. And the progress of the game showed it as well. The African team were displaying their arguments while the South Americans were looking in discomfort during the first minutes of the match, nevertheless, they were leading 7-4 after 8 minutes. The African response came in quick as the Brazilian defense was having a hard time on the one against one duels. By half time, Cameroon had already turned the scoreboard around and were leading 14-15.

For the last 30 minutes, Brazil stepped on court with a different attitude and with the lelp of Mayssa Pessoa under the posts, they were able to take the lead again, but always closely followed by the African squad. It was only on th 52nd minute that they were able to extend the gap to +2 (24-22) and from then on, they mantained and extended the advantage until the end.

“This match was a very difficult one, particularly in the mental aspect, and after having been so close to play the eight-finals; and so it was very difficult and I guess you could tell that there was a bit of lack of concentration and of mentality. On the half time we said that the championship was not over for us and that we had to come back and finish it in the best way possible, so at least we showed a little more attitude”, confessed coach Jorge Dueñas after the match.

More ‘surprises’ at the bottom.

Argentina lost against Paraguay 27-25 in Magdeburg and they will now play against Tunisia, who lost to China 31-32. Both winners will define the 21st place of this World Championship.