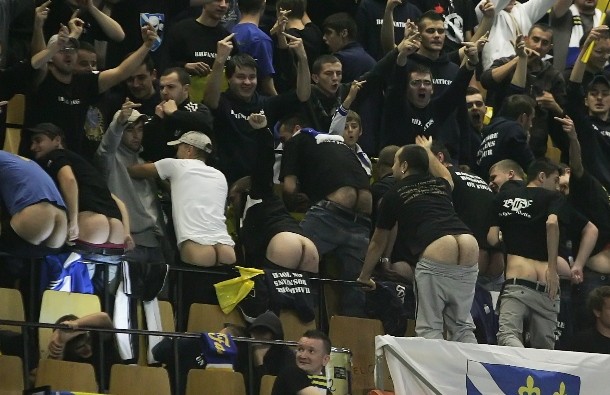 Interesting clash between Bosnia and Herzegovina and Serbian 21:24 in Sarajevo had a special foreplay during the Serbian anthem. Despite the „Mirza Delibašić“ hall (capacity 6.000 seats) was almost empty with only a thousand people inside, Bosnian fan group „BH Fanaticos“ showed their „way“ of thinking about the guests – neighbours from Serbia. Photo telling us 1000 words, so we won’t tell you anything else. On the end, Serbia beat BiH 24:21 and Serbian media emphasize the scene from the photo as the “highest motive of the “Eagles” who won two important points on the road to Denmark 2014.