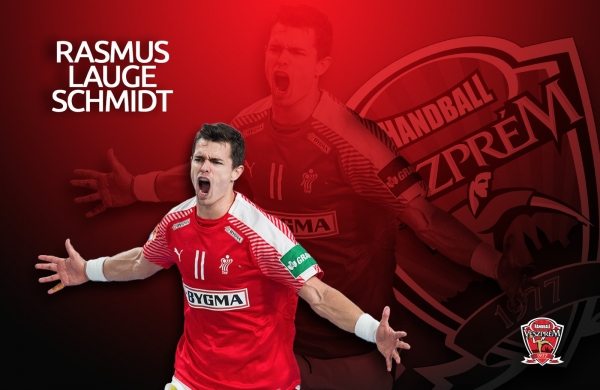 The Danish superstar Rasmus Lauge Schmidt signed a 2+1 year contract with Telekom Veszprém. His contract will become valid on 1 July, 2019. The 27-years old playmaker, who is coming from German SG Flensburg Handewitt, has serious reasons why he choose Veszprem for the next station on his proffesional road.

“Veszprém is a great club with big ambitions. They are going all in to win the Champions League. It is difficult to say no to them. I have heard a lot of positive things about them. I will do my best to hopefully bring titles to my future club. There is a great atmosphere in the Veszprém Arena, it is very difficult to play there as opponent. I am looking forward to have them as my home fans.” – said Rasmus.
The Danish left back was born in 1991 in Randers, but he started his professional career in Bjerringbro-Silkeborg. He won 2 silver and a bronze medal in Denmark before he signed with THW Kiel in 2013. He won the Bundesliga twice with Kiel, then in 2015 he signed with his current team SG Flensburg-Handewitt. The player with 193 cm height and 96 kg weight did not win any major trophies with Flensburg; however, it is without doubt that he became a force to be reckoned with in European handball. He scored 274 goals in the Champions League so far and in this season he is the second most effective player of his team with 45 goals.
He played 98 games in Danish colors and scored 196 goals. He won with Denmark the Men’s EHF EURO 2012 in Serbia. Besides this, he achieved 2 silver medals from World championships and another silver from Junior World championship, announced Telekom Veszprem earlier today.