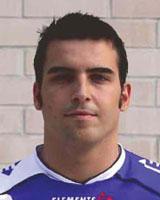 Raul Entrerrios had the misfortune of getting injured just about 15 days before the start of the World Championship in his home country. After suffering a fracture on his right hand, he will be operated early January, and reports say that he is to be out at least 6 weeks after the operation. Valero Rivera has given a call to Carlos Ruesga, who has been shining this season in Ademar Leon’s shirt, and has shown commitment.