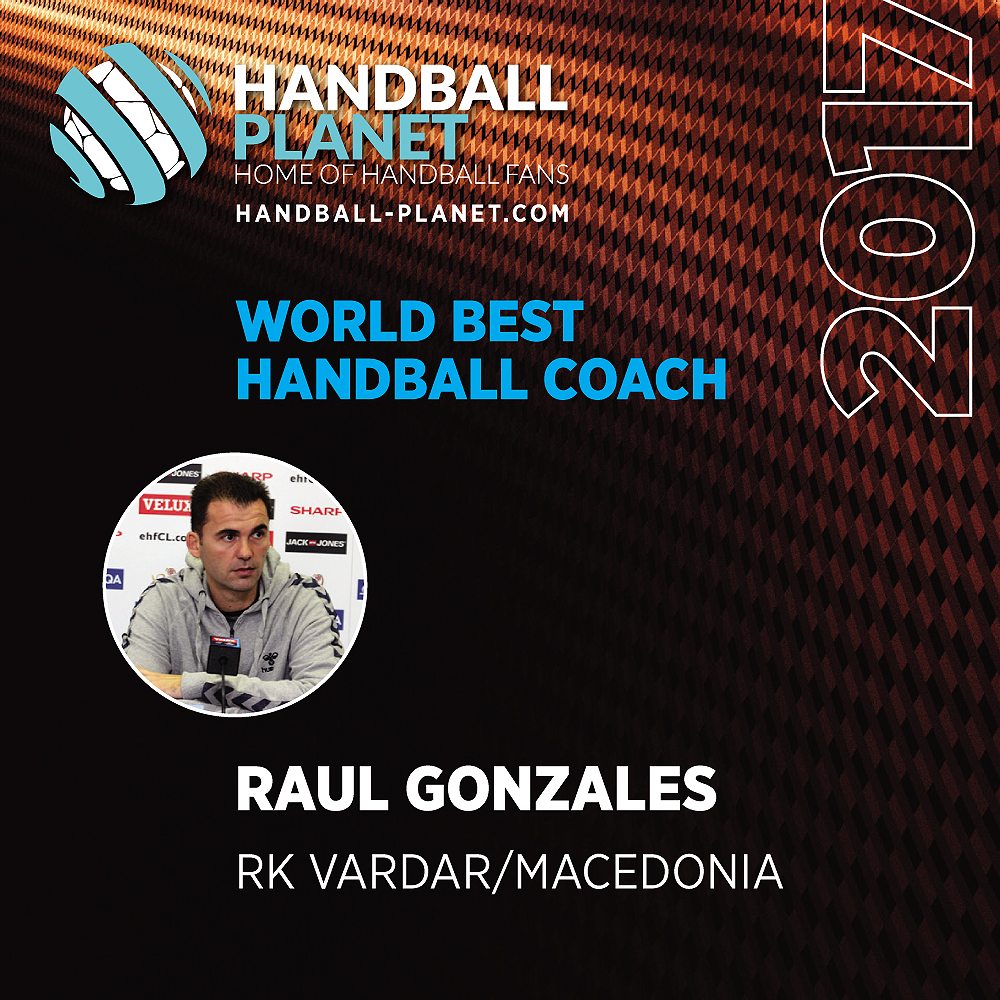 Raul Gonzales is WORLD HANDBALL COACH 2017! Amazing achievement of Macedonian RK Vardar Skopje, the team who won the VELUX EHF Champions League 2016/2017 with huge influence of Spanish “El Comandante” who is sitting on the bench since January 2014, were praised by the Jury consisted from the 30 handball journalists from all over the world and handball fans, who were the last member of Jury.

The 47-years old Spanish coach made a real revolution in Skopje by making the biggest sports success ever in history of Macedonia. Gonzales also overtook position of Macedonian NT head-coach after World Championship 2017 in France, providing a place at Men’s EHF EURO 2018 in Croatia.

Gonzales joined his player Arpad Sterbik on the throne in 2017 Contest organized by Handball-Planet.com.

Handball-Planet team want to thank all media, teams, TOP players, coaches and handball fans worldwide for making our project so big this year! According to fantastic experience in the last three weeks, HP will soon announce the nominations for the WORLD FEMALE HANDBALL PLAYER 2017.