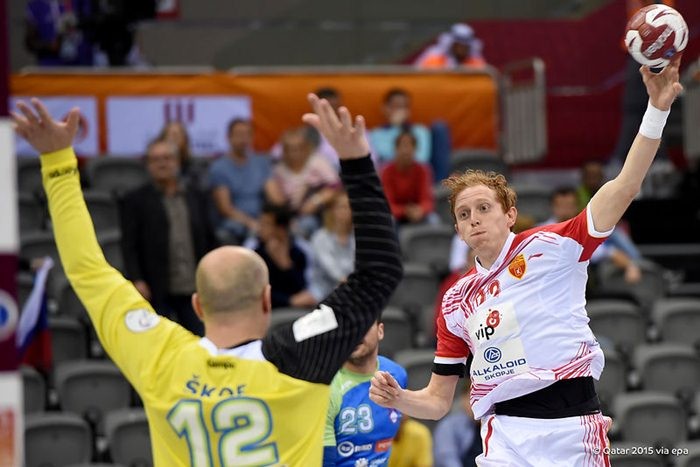 Macedonian stayed in tears last April, when Tunisian broke dreams of Lazarov’s generation about Olympic Games, but mix of old and youngstars led by new coach Lino Červaar, prepared cold revenge for Tej and Co. – 34:30 (13:14) at the start of World Championship 2017 in Metz.

It was obvious that this match will be even the interesting one of Day 2 with small advantage on African side, which showed domination in the first 45 minutes with Tej (7) and Bouganhmi (9 goals) in the main roles.

Tunisia had +4 – 24:20 in 41st minute, but Macedonian managed to get back with Kiril Lazarov (12 goals) in the main role, but also Dejan Manaskov (7) and Stojance Stoilov (7). Last advantage for Africans has been seen in 51st minute, when Bannour netted for 28:27, but then furious finish of Balkan team began with 5:0 series afterwards was clear that first two points will stay in their hands…