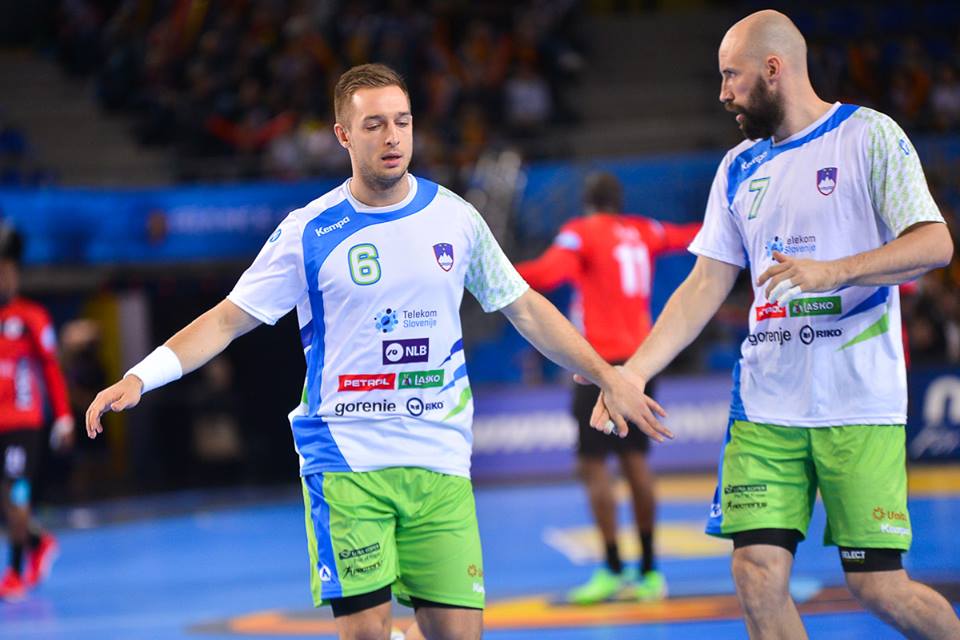 One of the biggest surprises of the Olympic tournament in Rio, where they finished sixth, team of Slovenia made a strong intro to the 25th IHF World Championship in France. Slovenians easily outplay Angola 42:25 (22:13) in the first match of Group B in Metz, providing from the very beginning non-stress afternoon for their fans.

Slovenian coach Veselin Vujovic could easily to rotate all the forces in order to keep energy for the much stronger opponents in the next few days. Goalie Matevz Skok had good role in first 30 minutes with 10 saves and helped his team-mates to score many easy goals.

The most efficient were right wing Gasper Marguc and left back Borut Mackovsek with eight goals each, while Blaz Janc added six – 5 of them in the first 15 minutes. On the other side, Lopes scored seven goals for African team who came back to the big stage after 10 years of absence – (WCh 2007).

With +17 win over Angola, Vujovic’s boys set some new records. The first one is in number of goals scored in one match of World Championship. Until today, Slovenia scored 37 goals in win over Greece 37:29 at WCh 2005.

This was also the most convincing win in history of Slovenian participation at World Championships. Previously, they beat Greenland 35:21 at WCh 2007 in Germany.