Rivera: “It was our worst match in the last 5 years” | Handball Planet 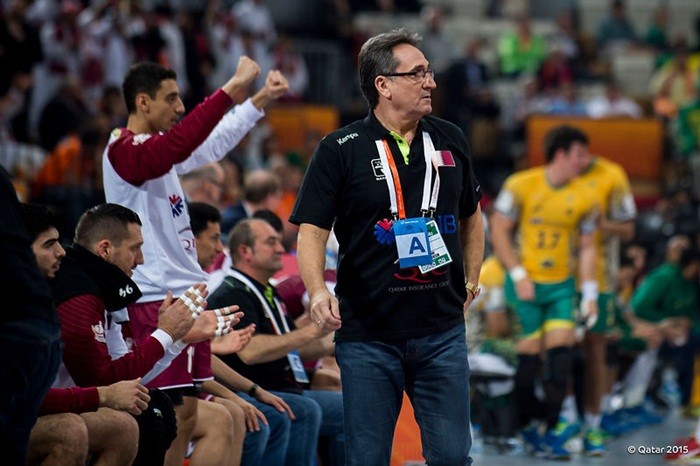 After Angola’s surprising victory against Qatar, here are some of the reactions from the protagonists:

Valero Rivera, coach of Qatar: “They played very good from the beginning, they deserved the win, and from our side…in my opinion this was our worst match in the last five years for Qatar. We played like a team without experience, like a team with fear, like a very, very, very small team; we deserved to loose the match and it’s too hard for us, too hard for us because no one thinks that these things happen, but this is sport. One team played very good, and one team played very bad. After tomorrow we have another match and from now we must think about the next match and the match against Angola…we must try not to remember it never again”.

Giovany Muachissenge, Angola’s goalkeeper: “This victory means a lot for us. We are in a World Championship, among the best 24 teams in the World and it is very important to start with a victory. We know that we are in a very difficult group, but we’re here to compete head to head against everyone, knowing that these are some of the best teams in the planet. For me, this was a good match, I worked really hard to achieve it, I hope I can continue this way for the following matches. We’re facing Hungary next, a very well-respected team, with players who are playing the best tournaments in the world, but we’re going to go out there with the same humility as today to win the game. Since we finished last on the last World Championship, our goal this time is to improve that last position”.

Edvaldo Ferreira, Angola’s right wing: “I don’t think I could say this is Angola’s most important victory ever, but I can say it’s very important to start a championship with a win. Our goal was to improve our last performance, and we’ve already done it by winning our first match, as we had lost all of our games on the last World Championship. Except from me (he plays in Egypt), the rest of the team plays in Angola, so we’ve had a month-long preparation in Angola and approximately 10 days in Poland. We’re gonna go match by match now, this is the mindset that we built in order to go on the court and try to take Angola as far as possible in the tournament”.