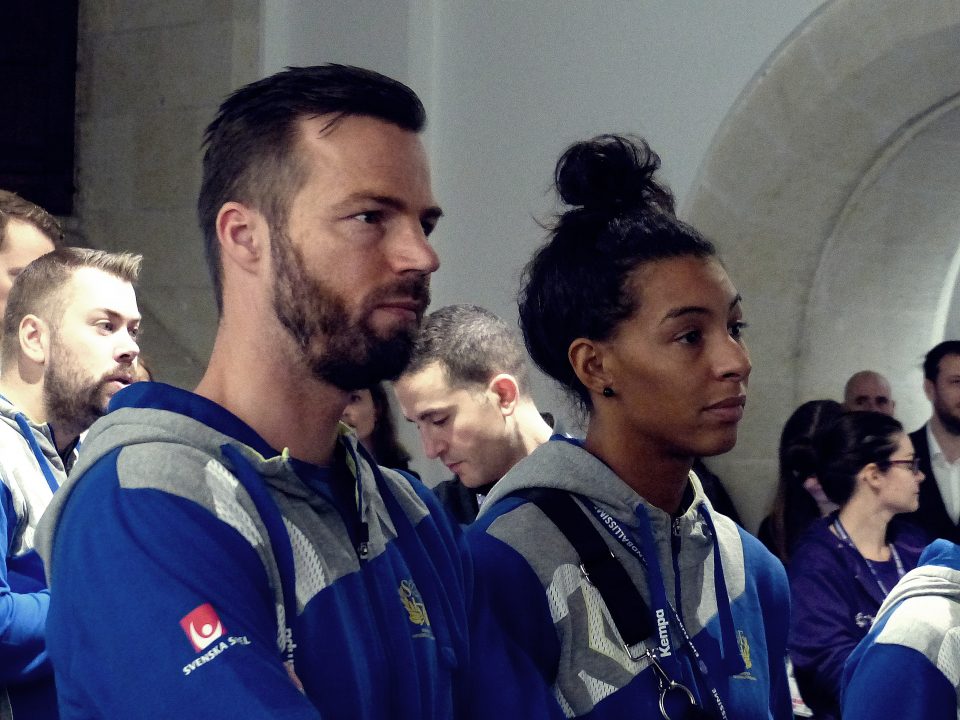 Experienced left back (on photo with ex-NT coach Henrik Signell) made a short break in her professional career to give a birth to daughter Lou on August 3.

On the same date as Berggren himself turned 34.

Handball-Planet.com TEAM wish all the luck to the young Swedish family!