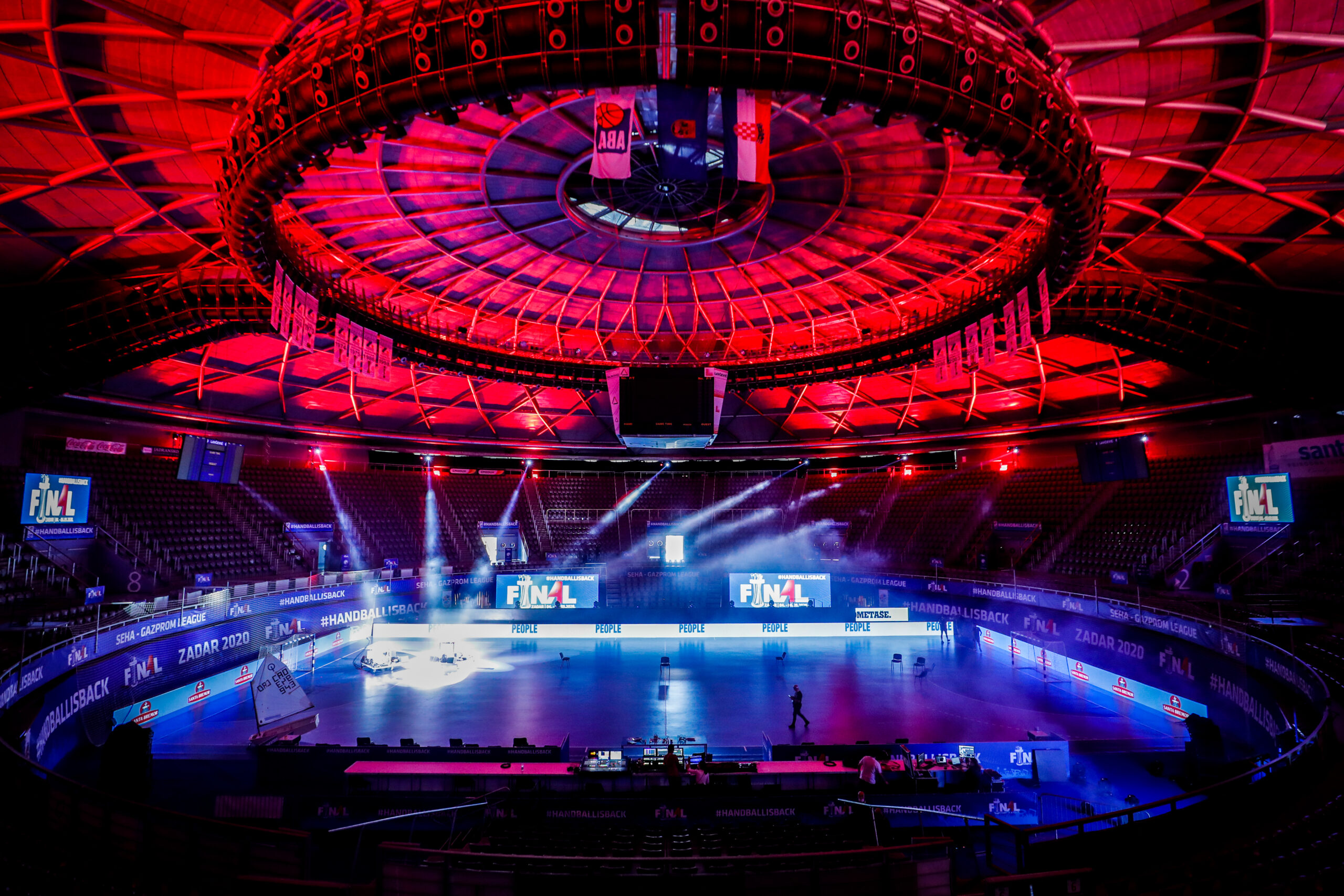 With SEHA Gazprom League Final4 in Zadar which was held during the first weekend of September, handball is finally back in our lives.

Telekom Veszprem have won the trophy, but apart of that, SEHA team made a lot of new things in terms of organization and media. Here is some of them…

Online Press conferences and mixed zone
SEHA Final 4 always attracts media interest from many countries and many media representatives. Usually, there are over 150 accreditated media representatives on-site, but this current situation prevented it severely. That is why we found solutions to include and connect journalists from other countries who could not attend the Final 4 in Zadar.

We decided to offer “online accreditations” that gave journalists an opportunity to conduct interviews with players or coaches in the mixed zone, listen to press conferences after the matches, and ask the participants some questions. Online people with approved “online” media accreditations were admitted to the mixed zone and press conferences, while moderators and technical staff ensured steady flow and that everything was working properly from the technical side.

Online Media Call
Because of strict protocols which almost completely aimed to limit contact between players and coaches with the media, traditional media call was held online via Zoom. Five players and the head coach from each team were available for interviews in their dedicated 30-minute time slots in the Team Hotel. Interviews with players were recorded in broadcast quality and we made sure they were adequate for television usage.

Redesigned SEHA Mobile App
Ahead of the SEHA Final 4, we worked tirelessly to improve and launch the completely redesigned SEHA Mobile App. Along with the brand new modern look, it came with certain new features and allowed us to have VIP Score Predictor prize games and a poll to vote for the Final 4 All-Star team. Hence, for the first time ever, the vote for the All-Star team was open for everyone! All these novelties gave us more than doubled the number of users and active installs, which is a huge accomplishment!
In addition to these novelties, which were introduced in a very difficult and challenging period, SEHA also had multiple other projects. Final 4 matches were streamed live on VKontakte, and generated over 2.6 million views on the platform! SEHA – Gazprom League’s VK page also surpassed 10,000 followers and is on its way to become one of the most popular sports pages on VKontakte.

Entertainment shows were streamed on the Facebook page of Croatian Handball Federation, and six streams generated over 21 thousand unique views. The live streams lasted for around 6 or 7 minutes, and it is the first time a similar Final 4 activity was streamed live on social media.

All in all, we are proud of all the projects we have implemented and undertaken at this Final 4 tournament in Zadar. Some things were completely new for the industry, and especially for our handball market. Thus, SEHA – Gazprom League continues the tradition of being innovative and fearless in introducing terrific things for handball.