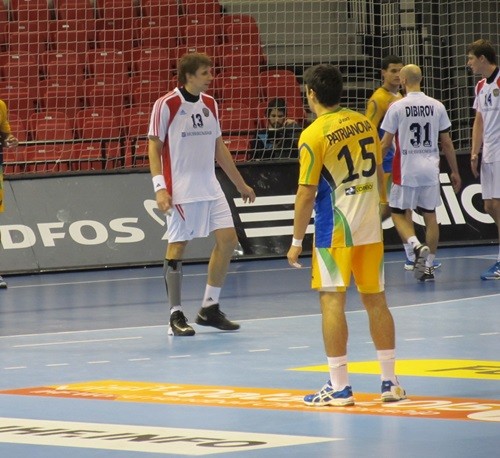 Another former Chekhovski Medvedi player is on the verge of joining Vardar, writes one of the most popular newspaper in Macedonia, Dnevnik. Sergei Gorbok, who has joined Rhein-Neckar Loewen after Chekhovski Medvedi’s financial problems and the mass sell-out in the summer, is linked to joining the club where many of his former co-mates play. Should he join Vardar, he will be the 4th to join – after Dibirov, Rastvortsev and Chipurin who are already playing for Vardar and the team has had some excellent results in the Champions League this season. Gorbok has trouble securing his place in Mannheim, as Kim Ekdahl du Rietz is given priority so far.