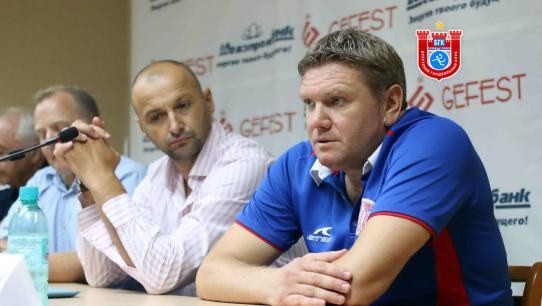 The Belarussian champions Meshkov Brest solved the question of coaching position until the end of a decade. The Ukrainian coach Serhiy Bebeshko, who came in summer 2016 to Brest instead of Zeljko Babic, who decided to overtake Croatian national team, obviously has a full support of the Management led by powerful sponsor Alexander Meshkov.

The contract has been sign until 2020. Bebeshko, who also led Motor Zaporozhye and HC Dinamo Minsk at the VELUX EHF Champions League, will have a lot of time to built powerful squad for the European level.

HC Meshkov Brest will, officialy, open season at SEHA GAZPROM league with away match in Skopje against RK Vardar Skopje.