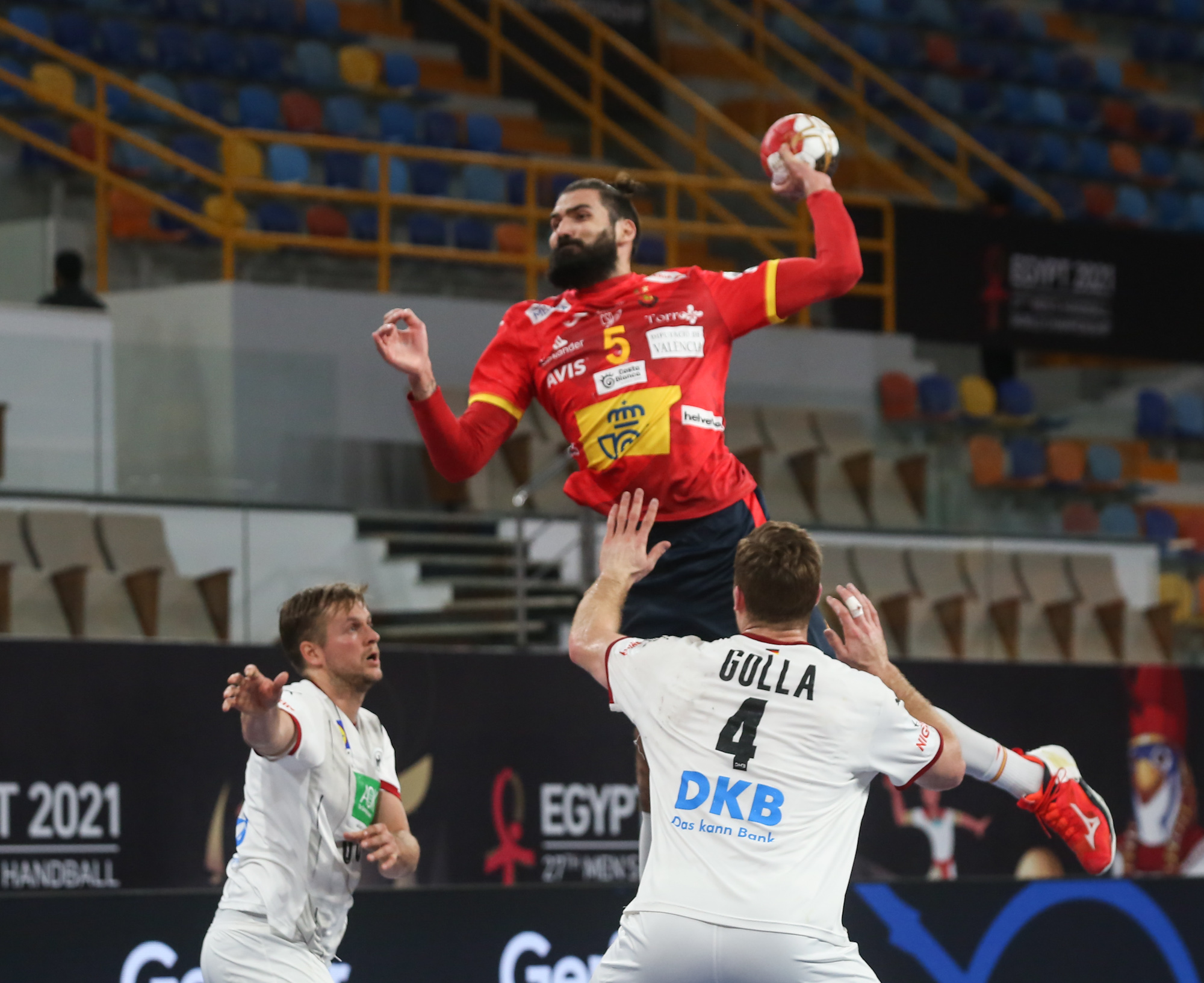 Spain defeated Germany 32:28 (16:13) in their first game of the main round Group I of the 27th IHF Men’s Handball World Championship – Egypt 2021, at New Capital Sports Hall, Cairo on Thursday.

The European Champion snatched the upper hand in the first period against heavyweight Germany with a narrow 16:13, thanks to Rodrigo Corrales’s great performance (10 saves). But Germans made a big comeback in the second half, led by Johannes Bitter and Kai Hefner. In the 45th minute, they were up 25:22, but then Spaniards took back the control again. Jordi Ribera boys scored six goals without reply and took the lead 28:25. There was no way back this time for Alfred Gislason’s side…

Spain’s center back Entrerrios Rodriguez claimed the ‘Player of the Match Award’ after a superb performance during the game, scoring six goals.

Spain are in the runners-up place of Group I with five points, while Germany stayed fourth with two points they gained from the preliminary round, while Germany has a mission impossible to fight through the quarterfinals…