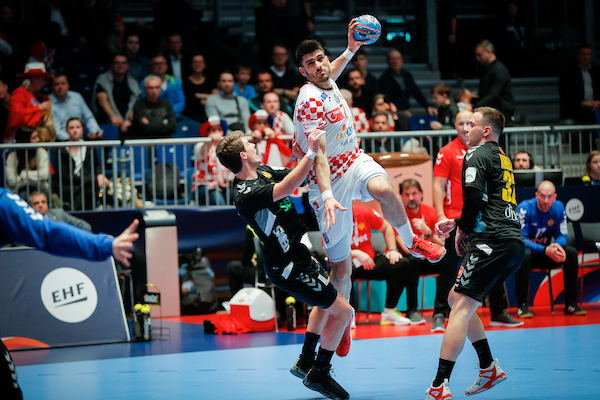 Buzzer-beater by Luka Stepancic was decisive in victory of Croatia against Czech Republic 22:21 (11:9) in the first match of Round 3 of the Main Round in Vienna. The Croatian national team coach Lino Cervar has decided to leave Marin Sego, Zeljko Musa,Igor Karacic, Luka Cindric and Domagoj Duvnjak, on the bench to rest them after demanding match with Germany 25:24 in which Croatia booked the first semi-final ticket at Men’s EHF EURO 2020.

Younger players got their chances, Czech Republic have been motivated, but at the end, Stepancic netted goal three seconds before the end to secure sixth win for his team.

Marko Mamic was TOP scorer for Croatia with five goals. On the other side Ondrej Zdrahala was the most efficient with seven goals. With this defeat, team coached by Jan Filip and Daniel Kubes lost all the chances to qualify for the Olympic qualification tournament.