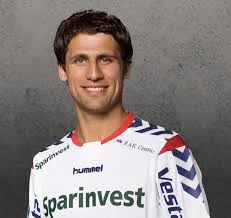 MKB-MVM Veszprém’s right back, László Nagy’s knee injury is more serious than it seemed. He doesn’t take part in the Hungarian national team’s preparation before the European Championship. Nagy and the doctors will decide on Monday that he will travel to Denmark or not. Probably he won’t because his team, MKB-MVM Veszprém has reported: Tamás Mocsai will come in January to replace Nagy. Mocsai is the son of the Hungarian national team’s head-coach, Lajos Mocsai who was the Veszprém’s trainer before Carlos Ortega. Tamás Mocsai started this season in Bundesliga in Hannover-Burgdorf, he made a contract with MKB-MVM from the 1st of January to the 30th of June.