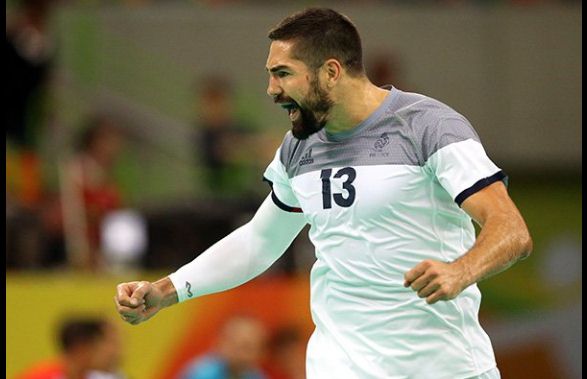 Denmark are the new Olympic champions! The team led by Icelander Gudmundur Gudmundsson won the first ever Olympic medal for the country who has two European crowns and also two World’s silver medals.

In the shade of fantastic success for the Danish handball, it is trully amazing statistical fact that France lost their first final match since World Championship 1993 in Sweden, when Russia were better 28:19!

Exactly 23 years have been needed that some team broke the resistance of unbeatable „Experts“ in the last and most important 60 minutes of the tournament.

Suma sumarum, the battle at „Future Arena“ in Rio was the 11th final clash of the French team since 1993, the ninth final of Nikola Karabatić as the leader.

Everything began on Iceland in 1995, when French guys won the first world’s crown in the final against Croatia 23:19.

The winning series continued with gold on home soil in Paris at WCh 2001 over Sweden 27:23. The real era of “punishers” began five years later when 22 years-old Nikola Karabatić announced the big career, against Spain 31:23 at Men’s EHF EURO 2006. Two years after France became the Olympic champions in Beijing, for the first time in history by beating Iceland.

After that, France beat Croatia 24:19 at World Championship in Zagreb, then same rival in Vienna at Men’s EHF EURO 2010 only 12 months later.

The „home advantage“ across the bridge between Copenhagen and Malmo wasn’t enough that Danish attack on world’s title in 2011 become successful. France won that match for another world’s gold at Malmo Arena in Sweden, but also their clash at Men’s EHF EURO 2014 in Herning.

Meanwhile, Sweden couldn’t cope with the Claude Onesta boys in London for the Olympic gold 2012.

The last final dance of the „Experts“ has been seen in Doha. There France beat Qatar at the final of the World Championship 2015.