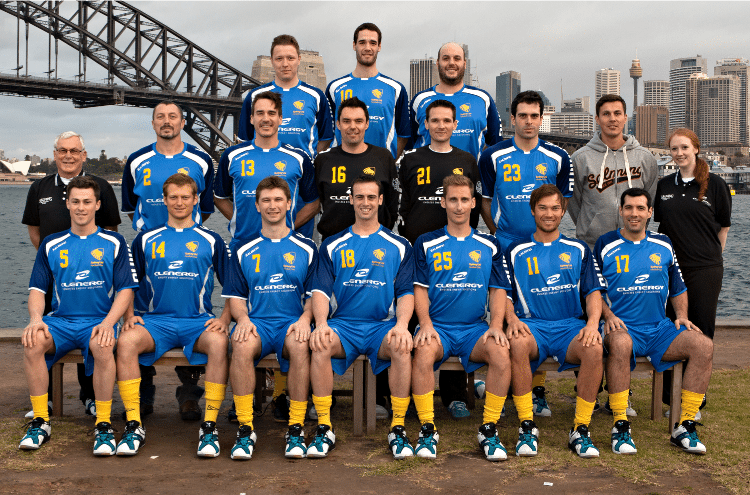 After two participations at the IHF Super Globe and no win, Sydney Uni Handball Club are looking to finally get their first success in 2014. They hope to achieve this not least by strengthening their squad with overseas students.

Australia is a developing country when it comes to handball, with the national team consistently coming last in the World Cup, and Sydney Uni –club champion of the Oceania handball region in 2011 and 2013 – being ranked last at the IFH Super Globe in Qatar (the official club world cup) two years in a row. And it is no surprise, once one realizes that due to the vast distances between cities and a lack of funding there is not even a national handball league in Australia. Handball is simply overshadowed by other sports such as rugby, Australian Rules Football and Soccer.

But frankly, Sydney Uni would not let this deter them –teams from down under are known for their fighting spirit and never-give-up attitude, regardless of the result. Two years ago, Sydney Uni came reasonably close to beating Asian club champions Mudhar – when the Saudis had a certain WaelJallouz (now THW Kiel) on the left back, and Tunisian sharpshooter Amine Bannour on the right. In the end, Mudhar’s professionals got away with a narrow win over Sydney’s amateurs – but the students won the respect of the handball community for a spirited effort.

In 2014 – Sydney Uni is determined to put the last pieces of the puzzle together to finally get a positive result – not just respect. They have an exciting program ahead of them with Australian club playoffs in March, the Oceania Club Championships in New Caledonia in June – and if successful in those tournaments the Super Globe awaits in August.

With the core of the squad and coach Philipp Enders now together for more than 2 years – they know they probably just need a bit more depth to their squad for theirintense 6 month preparation. With Australia’s pool of talent exhausted – they are now looking to Europe to get an additional 3 or 4 students to come on the journey with them. They particularly need some fire power from the back line.

“No other club in the world can offer a young, ambitious non-professional player the perspective of playing at the Super Globe in August 2014” says Sydney’s German coach Philipp Enders. “We may not pay salaries, nor get big crowds at our local games, but we take our preparation very seriously, and we can offer someone who’s willing to move down here for 6 months the very realistic chance of playing against Barcelona or Hamburg in August”.

Sydney Uni is hoping that they can attract students who are keen to study in Sydney, while also focusing on handball. The reward is the prospect of being on the centre stage of world handball at the Super Globe. “Yes, we’re looking for those crazy guys who are chasing their dream, move to Sydney to study just for their chance to play against Karabatic” says Enders. “ We can’t offer money or even a free place at university – but we can offer to be part of an amazing group who want to show the world that you can beat the odds. Oh, and maybe combining your handball ambition with living in the most beautiful city, with amazing beaches, counts for something too?”

If you are a student who currently plays top level handball in Europe – and would like to join Sydney Uni, please contact them via [email protected]