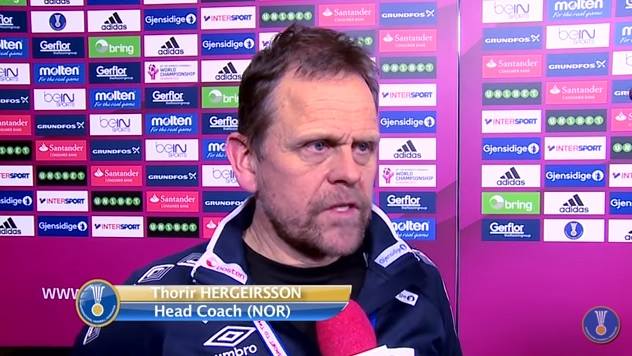 Despite happiness after winning the amazing semi-final thriller against Romania, Norwegian head-coach Thorir Hergeirsson could’t be totally satisfied with his team performance:

– I am not satisfied with all things we did, but I see some good things. For the fans, maybe it was historical match, but if you look in the details, something could be better – said Icelander, who will stay on the Norwegian bench until 2020.

Norway have a great chance to, once again, make hat-trick consisted of all three big titles in world of handball – European, World and Olympic gold medals:

-They have good shooters, one of the best goalie, they have a huge developments. We were waiting for them to breakthrough. It will be a very difficult match. It is always question will your 50% will be enough to beat their 50%. If you look how they played, their chances would be even bigger than 50%. They are flying Dutch. We can beat them, but it won’t be easy. I expect really good fight – concluded Hergeirsson.