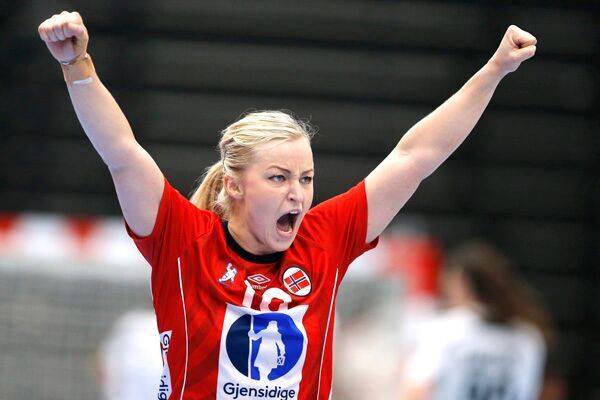 Golden Norwegian girls will have chance to get back on the world’s throne after four year of absence and once again win triple crown after Olympic and European gold! Norway beat Romania 35:33 (27:27 – 17:14) after 70 minutes of great match which will stay in memories of handball fans across the globe. Amazing battle of two great teams ended by win of Thorir Hergeirsson girls, who had more power in the extra 10 minutes after regular part ended 27:27 with the shot of left wing Elisei for Romanian win.

Heidi Loke had the key of success in the extra-time with three goals which put her team in advantage until the end. Cristina Neagu, on the other side, lost energy in the last few minutes, which was enough for the Scandic girls to ensure big victory at the end.

Romanian goalie Paula Ungureanu had important role between the posts, keeping her team in the match in moments when attack was losing inspiration, but that wasn’t enough. More players on the level of semi-final had Norway.

Norway will meet Netherlands in the final on Sunday (17.30 hrs).  In the first semi-final, Groener girls had much easier job to beat Poland 30:25 (15:8) for the first medal and final ever at the big events.