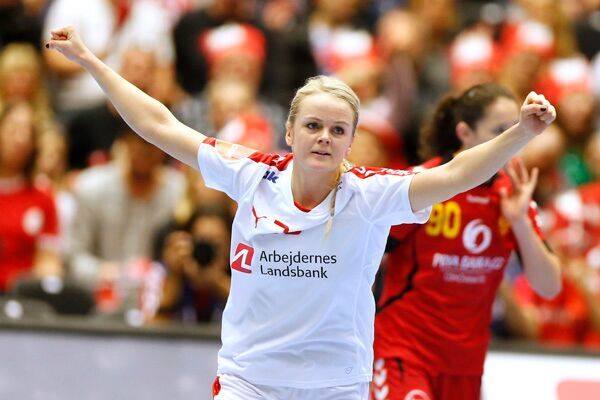 It is known that recovering after a shocking lost in quarter finals is not an easy task. But it is also known that the biggest teams always get it. This time was Denmark who recovered better and faster, and beat Montenegro by 20-28. The host team started hitting first and due to the poor Montenegrin attack, and thanks to an outstanding Danish goalkeeper Rikke Poulsen, the difference in the scoreboard after 15 minutes was already significant (3:8). In fact, tha Balcanic team needed 8 minutes to score their first goal. The conducted by Dragan Adzic were not showing their best, while Denmark was giving it all.

Montenegro reacted and found Danish goal easier than in the initial minutes, but it was not enough to stop the host team. Stine Jorgensen was the main weapon for them, who finally ended the game with 8 goals. After the break a Montenegrin reaction was expected, but it never came, in fact it was the opposite. Denmark continued firm in defence, while Poulsen continued on a positive streak (55% saves and MVP of the game) keeping away from the danger. Neither Katarina Bulatovic nor Milena Raicevic were enough skilful today to pull Denmark down.

Jovanka Radicevic, whose performance was the best on the Montenegrin side, said after the match that they did not “recover as well as they would’ve liked to”, and she added that “today Montenegro had not the power neither the energy that we normally have, but there are always positive things and today I think we have shown our young players’ worth”.

On the other side, Stine Jorgensen showed her happiness after a good game against one of the toughest teams in the World Championship. She declared after the match that “Denmark started very well the game, and that was really important for us. Today, once again, we had the people’s support and this has been not just today, but during the whole championship, a really good experience”.