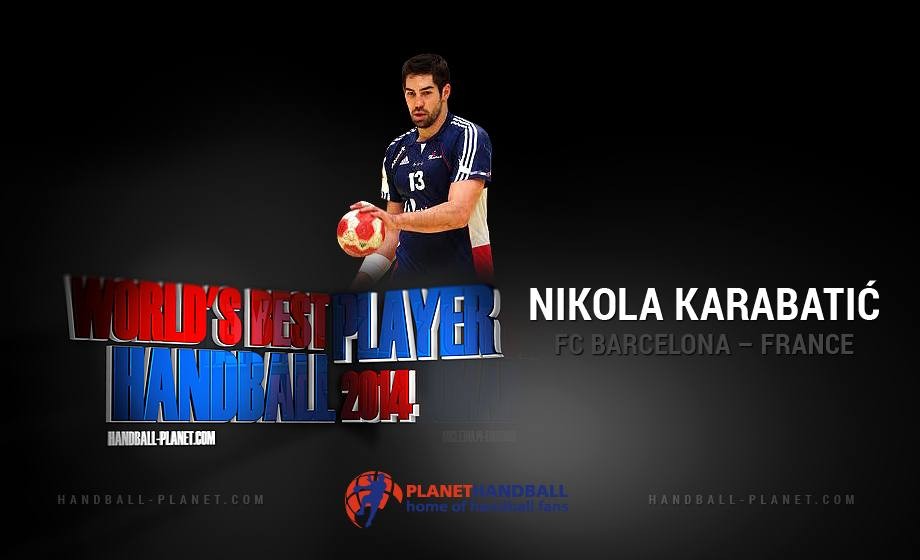 The WORLD HANDBALL PLAYER 2014 is French star Nikola Karabatić. Nikola was a favorite of majority of 24 handball journalists from all around the world. Barca’s star has got also the biggest fan’s support in voting for the World Best Playmaker 2014 – 6,882 votes ahead of Domagoj Duvnjak and Aron Palmarsson.

Nikola Karabatić won 88 points in total, far ahead of the biggest contenders – the Danish duo, Mikkel Hansen (59) and Niklas Landin (58), while Macedonian star Kiril Lazarov finished fourth with 57. The fifth is Spanish line-player Julen Aguinagalde with 49 votes in total.