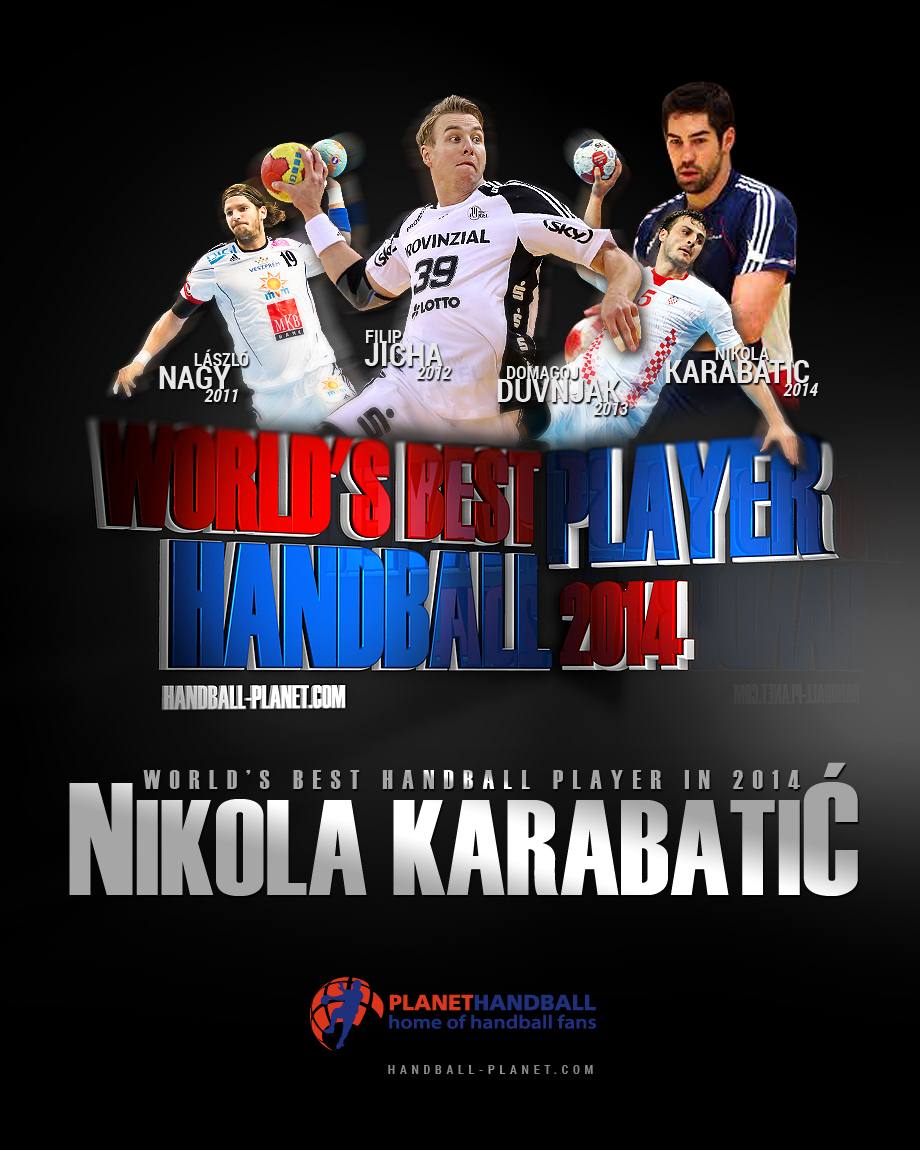 Handball-Planet.com is proud to announce the results of our traditional Contest for the WORLD HANDBALL PLAYER 2014. French playmaker and FC Barcelona star, Nikola Karabatić, has got the highest number of points based on cumulative votes of 24 members of the international jury of handball journalists and visitors of our website. His outstanding performance during the Men’s EHF EURO 2014 in Denmark, where France won the gold medal in glossy style, but also quality 2014 in t-shirt of the Spanish champions, were the best recommendation for this prestigious award.

A 30 years-old Nikola Karabatić will succeed Domagoj Duvnjak (2013) and join Laszlo Nagy (2011) and Filip Jicha (2012), who won the WORLD HANDBALL PLAYER’s awards in the previous years.

In three weeks of voting, all of 32 nominated players have got amazing support by the handball community. Handball lovers smashed last year record (145.000 votes) with 171,052 votes for their favorite players in eight categories.

Handball-Planet team want to thank all media, teams, TOP players, coaches and handball fans worldwide for making our project so big this year! According to fantastic experience in the last three weeks, HP will soon announce the nominations for the World FEMALE HANDBALL PLAYER 2014.