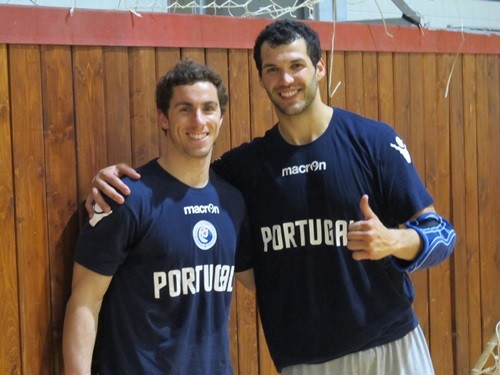 Portugal national team spent five days in Serbia (Sports Center “Kovilovo” near Belgrade, where Serbian “Eagles” also spent their time during EHF EURO 2012, when the won silver medal) together with the Israeli NT on the preparation for the upcoming matches against Switzerland at Men’s EHF EURO 2014 qualification. Portuguese team began battle for Denmark with an win over Macedonia 32:25 and expected defeat from Spain 20:35), which built the respectable position before the upcoming clashes.

Portugal NT coach Rolando Freitas thinks that decision is still far away about which two teams from the Group 1 will travel to Denmark next January, but that Spain and Macedonia are favourites:

– Two matches against Switzerland are very important. I can’t tell you that we are favourites. We have to go from match to match – said Freitas for Handball-Planet.com in Kovilovo.

Portugal and Israel have played an friendly match without winner at the end – 26:26.