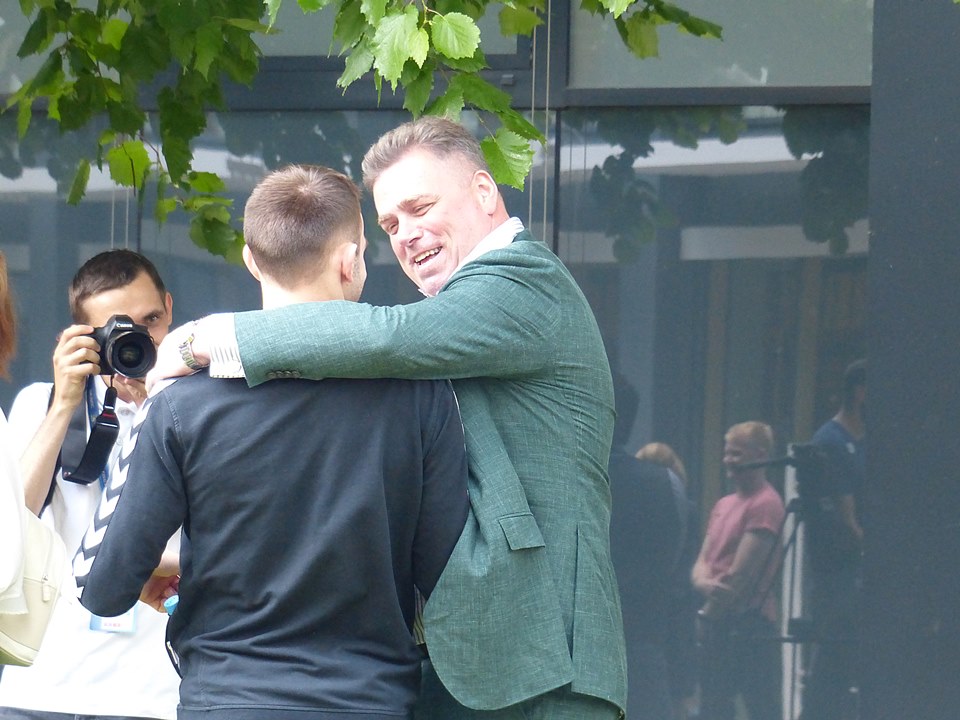 During the press conference, which took place on Wednesday, June 17, 2020 in Hala Legionów in Kielce, the President of KS VIVE Kielce Handball SA Bertus Servaas announced the end of the 18-year period of club sponsorship by the VIVE Group. At the same time, he assured that he remained with the club as the President with full commitment, outlining the challenges facing the club in the face of the upcoming 2020/21 season taking into account the financial situation after the coronavirus pandemic.

After 18 years of cooperation of the VIVE Group as one of the main sponsors of the VIVE Kielce Handball SA Sports Club, the company decided to part with handball – announced during a press conference on June 17 Bertus Servaas, owner of VIVE Group companies and President of the Management Board of KS VIVE Kielce Handball SA Sponsorship contract VIVE Group companies will expire at the end of June 2020, which opens the possibility of joining the club’s titular sponsors from the 2020/21 season.

“As the owner of the VIVE Group, I must tell you that I am doing this with great pain. For 18 years, together with other Sponsors, the Kielce City Hall, the Marshal’s Office, the Club Board, Club Employees, Supporters, Staff and Players and Handball Lovers, we have built one of the strongest clubs in Europe. Today, in the age of coronavirus, the effects of which have affected my company severely, I have to choose between love for the club and responsibility for over 2,000 employees and their families. ” – Bertus Servaas President said at the conference.

“For this beautiful time as the owner of the company – the title sponsor of the team and club – thank you very much. For us it was a great time of joy and tears, horror and euphoria, a time of honor and pride that we could be as a brand one of the engines of this success.

We are also aware that we were only part of the success, one of the modes of the great machine in which other companies play a huge role. Without these brands and the people behind them it would be impossible to achieve so many successes.

Special thanks go to Trainers, Staff and Competitors who represented our brand with dignity. Special gratitude is also due to supporters who have often shown that they are one of the best in Europe. For me personally – the best.

I also want to express the hope that the situation of the VIVE Group will improve and we will be able to someday return to helping build further team successes. For our company, investing in the club has always brought not only satisfaction, but also a wide promotion of the brand and a high degree of return on investment, especially visible for the last seven years. – summed up the President of Bertus Servaas.

After presenting the situation of his company, President Servaas emphasized that he would now speak as the club president and the message became more emotional.

“As the President of the Management Board of KS VIVE Kielce Handball SA, I want to tell you that we have taken a number of activities in the club to adjust the budget to the reality of the new reality, we have used the available assistance tools of the State Development Fund and are actively working on acquiring a second title sponsor. We are currently negotiating with several companies, but at this point I would like to cordially invite all parties interested in cooperation with one of the best teams in the history of Polish sport to talks, ” said Servaas President.

“Eighteen years of hard work are behind us and I know that we all still want to play at a global level. In agreement with the players who want to stay in our city, in our family and fight for success for our fans, we want to fight together to maintain the sports level and the opportunity to remain the pride of Kielce, the Świętokrzyskie Region and all of Poland. To make it possible, taking into account all actions taken and realistic budget assumptions regarding, among others the number of passes sold, we lack PLN 2.5 million. That is why I am asking you warmly to everyone for whom our club and its social role in our city are important, for help in the form of purchasing passes for the 2020/21 season and participation in a collection run on the Internet. I know I am asking for a lot, but I am not asking for myself. Please, continue this what we’ve been doing together for the last seven years. That we would not lose in one moment what contributed to the great history of this club, built by the effort and commitment of hundreds of people. Because then we may never be able to rebuild it again. I firmly believe that you are with us now.

We fight to maintain a good team composition and continue to fight for victory in the Champions League. It will not be easy, but everything is possible. For this, however, you need the help of the whole club lovers. We have always said that we are the club of all Poles. At the same time, I can promise you that I will fight to the end together with the Management Board and all Club employees. And even if it fails, I will not lose energy to fight for the best team composition for the 2020-2021 season. I will be extremely happy if, thanks to cooperation with the Management Board, we can maintain the current composition and in this last step I need your support badly. We play together – this has been our slogan for eighteen years! “